Contraception is defined as the “deliberate use of artificial methods or other techniques to prevent pregnancy as a consequence of sexual intercourse” (Oxford Dictionary). This is to be distinguished from the avoidance of sexual intercourse altogether (i.e. abstinence) during periods of known fertility (for example the Billings method and natural family planning).

In the latter, there is no intercourse and therefore conception is not possible. It is also not to be confused with methods which seek to terminate a pregnancy which has already begun (i.e. from the moment of fertilisation onwards) – for example, so-called “emergency contraception” which aims to terminate an early pregnancy if it has already begun. Its dosage and composition is designed to terminate an early pregnancy rather than act as true contraception. Some contraceptive methods (for example, the progesterone-only pill) also have a very high rate of possible early abortions and thus are better classified as potential abortifacients (that is, to bring on an abortion). All hormonal methods of birth control are potentially abortifacient.

Common arguments made for contraception 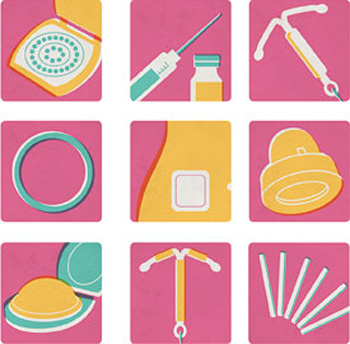 Why Contraception Is Not the Answer

There are numerous physical and psychological side effects associated with contraceptive drugs.

Some of the most common include:

More serious, although less common complications of hormonal contraception include venous thromboembolism (leg and lung clots), stroke, high blood pressure, precipitation of diabetes, adenomas, progression of breast cancer.* These complications are listed in produce packaging inserts. Although, long-term, combined hormonal contraception has also been associated with an increase in the risk of developing breast cancer this will not appear in package inserts.

Contraception invariably leads to a mentality in which women, in particular, become viewed as objects, and their fertility as a burden to be done away with. This consequence results in the devaluing of the individual, feelings of rejection, worthlessness, and guilt in a relationship. Additionally, the widespread contraceptive mentality that our society has embraced tends to diminish the value placed on children in the family. This, coupled with the association between contraception and divorce that has been consistently recognised in international research, has contributed immensely to the disintegration of the family in Western society.

Also, contrary to popular belief, more contraception does not result in less abortion, but rather the other way around. Even ignoring the abortifacient potential of many so-called contraceptives, it has been consistently shown that the same attitude which allows contraception also encourages abortion when the first option “fails”.

A recent study published in the Australian and New Zealand Journal of Public Health in 2014 states ‘The health equity policy context, availability of the emergency contraceptive pill over-the-counter and high rates of contraceptive use (>70% of Australian women of child-bearing age), should result in lower rates of unplanned pregnancies for Australian women but this has not occurred’. It notes ‘this paradox is perplexing’. They go on to observe that this anomaly exists across other high income countries like the UK and the USA. They draw a conclusion that the G.P. s are missing opportunities to push the morning-after pill, that we need to throw more money at research to ‘unpack the paradox.’

The Church has always taught that there are two ends of marriage: namely, the procreation of children, and the good of the spouses (unity of the spouses). The ends of the marriage act correspond to these – therefore, every conjugal act must be open to the transmission of human life, and must be performed in a spirit of true respect for the dignity of the other person. The Church teaches that any act which deliberately interferes with the natural end of intercourse is seriously disordered and gravely immoral. 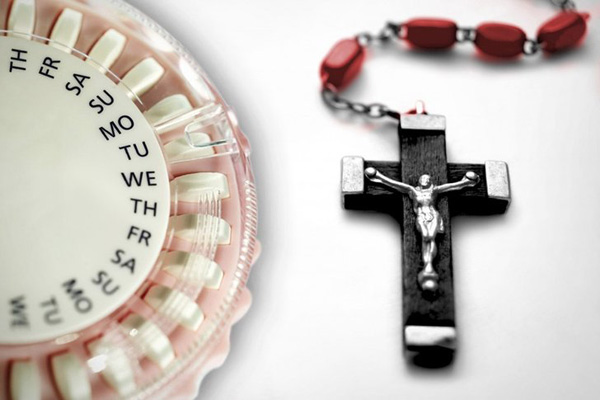 The ends of marriage are inseparable. Contraception and artificial reproductive techniques are both aspects of the objectification of the human person – on the one side, the selfish pleasure of the flesh is put above the dignity of the human person, whilst on the other side, the spouse is used as a means to an end (the begetting of children). In either case, the dignity of the human person created in the image and likeness of God, and the reflection of the life-giving, love-creating union of the Trinity, are obliterated by the selfishness of the individual. In the words of Saint John Paul II, “The relationship of the gift changes into a relationship of appropriation” (St John Paul II, Man and Woman He Created Them: A Theology of the Body, p.260).

“Responsible individuals will quickly see the truth of the Church’s teaching [about contraception], if they consider what consequences will follow from the methods of contraception and the reasons given for the use of contraception. They should first consider how easy it will be to justify behavior leading to marital infidelity or to a gradual weakening in the discipline of morals. Not much experience is needed to understand human weakness and to comprehend that human beings, especially the young, are so susceptible to temptation that they need to be encouraged to keep the moral law. Indeed it is to be feared that husbands who become accustomed to contraceptive practices will lose respect for their wives. They may come to…use their wives as instruments for serving their own desires.” ~ Pope Paul VI ~ in his encyclical Humanae Vitae [17] pointed to the serious consequences of the use of contraception.

“In destroying the power of giving life, through contraception, a husband and wife is doing something to self. This turns the attention to self and so it destroys the gifts of love in him or her. Once that living love is destroyed by contraception, abortion follows very easily.” ~ Bl. Mother Teresa ~ National Prayer Breakfast, Washington, 4th Feb 1994

RU486 is the original name for the abortion drug Mifepristone LinepharmaTM. It was developed in France by the drug company Roussel-Uclaf in 1980. It is registered for use in combination with Misoprostol to perform chemical abortions to end a pregnancy up to seven weeks. RU486 is also known as the ‘abortion pill’. For how the drug works and to know more about the side effects, click here.

The Therapeutic Goods Administration have allowed Marie Stopes International (MSI), a multi-million dollar international abortion provider to establish a Pharmaceutical company registered as a non-profit organization to distribute the drug and provide training to the medical profession. This arrangement allows MSI to re-funnel profits into whatever they want at the cost of Australian tax-payers. Not only are MSI NOT being taxed on their profits from the drug but by listing RU486 on the Pharmaceutical Benefits Scheme, the Australian taxpayer will be subsidising them to the tune of millions of dollars!

The idea that it won’t facilitate any more abortions is ridiculous because a woman with a concession card will be able to access abortion by a medical procedure, for as a little as $12. How is this not an inducement for more women to elect this dangerous procedure as a preference at least, to surgical abortion? This will of course put more taxpayer money in the coffers of Marie Stopes. Already, worldwide, there are 12 recorded deaths, including one in Australia at a Marie Stopes facility that we haven’t been told anything about.

Breast cancer link to the Pill

Results of a meta-analysis conducted by Dr. Chris Kahlenborn, a Pennsylvania-based internist, show that being on the pill at a young age, before having children, increases the chance of developing breast cancer by an average of 44%. This is hardly the stuff of “junk science”: Dr. Kahlenborn’s work was published late last year in the peer-reviewed journal of the world-renowned Mayo Clinic.

Pope Paul VI foresaw in his encyclical Humanae Vitae that contraception will always lead to abortion.

According to the Centre for Disease Control and Prevention, abortions usually result from unintended pregnancies, which often occur despite the use of contraceptives. Studies in Queensland in 1980 by Callan * also showed that about 50% of women presenting for a first and second abortion attributed their pregnancies to the failure of contraceptive methods while the rest were not using contraception. Australian editor Healey quotes studies ** showing that between half and two thirds of all women presenting for an abortion were contracepting at the time they conceived.

* Services for the Termination of Pregnancy in Australia: A Review Draft Consultation document – Sept 1995, NHMRC pg58

What is meant by the “contraceptive mentality”?

A “mentality” exists in a society when enough people react automatically to a situation without thinking of the long term consequences.

The purpose of contraception is to separate intercourse from procreation so that the contracepting couple can enjoy the pleasures of sex without the discomforting fear that their sexual activity could lead to the procreation of another human being.

The ‘contraceptive mentality’ results when this separation of intercourse from procreation is taken for granted. Ironically, this practice of using contraception to relinquish responsibility for one’s own offspring is, in the minds of many, consistent with “being responsible” and even “responsible parenting”. * So, the “contraceptive mentality” implies that a couple has not only the means to separate intercourse from procreation, but the right or responsibility as well.

Contraception changes our understanding of human sexuality by changing its purpose. The effects are far reaching and affect the way that we understand relationships, gender roles and the human person.

Erich Fromm, in his book, The Sane Society **, highlights the naïve assumption that the fact that the majority of people share certain ideas or feelings proves the validity of these ideas and feelings. Nothing is further from the truth. Just as there is a folie à deux there is a folie à millions. The fact that millions of people share the same vices does not make these vices virtues, the fact that they share so many errors does not make the errors to be truths.

A “mentality” exists in a society when enough people react automatically to a situation without thinking of the LONG TERM consequences.

Oral contraceptives have the capacity to abort

This means that if oral contraceptives fail to prevent conception, they act to stop the implantation of the newly conceived child in his/her mother’s womb. Thus a couple on the Pill may be chemically aborting their children without knowing it. Everyone has the right to know this action of the Pill.

Sadly, even medical specialists do not realise the Pill has the capacity to abort.