Need a pro-life speaker at your event or church? Contact Us

Family Life International can provide your event, school, or church with a speaker to present sessions on life, faith and family issues.

Our speakers are knowledgeable, informative and they present up to date information and research about the topics they speak about. They can present to groups of any size, and any age from youth groups to the elderly.

Rev Dr Joseph has a growing reputation amongst Australia’s leading Church academics and theologians. He received his Doctorate in theology from the Gregorian University in Rome. He lectures in Dogma at Vianney College, the diocesan seminary of Wagga Wagga, where he serves as vice rector. He has taught Theology at the Catholic Institute of Sydney and the John Paul II Institute for Marriage and Family in Melbourne. He currently serves as parish priest of St Dominic’s, Flemington, Sydney.

Rev Dr Murphy graduated with a Bachelor’s Degree in Philosophy from the Pontifical University of Saint Thomas Aquinas (Angelicum) in 1987; then obtained his Bachelor’s Degree in Sacred Theology from the Pontifical Urban University. Afterwards he undertook postgraduate studies in Moral Theology at the Same University in 1992. In that same year he was ordained to the priesthood in Wagga Wagga by Bishop William Brennan and appointed lecturer in Moral Theology at Vianney College, the Diocesan Seminary-a position he has held for 21 years. After Some years as a parish priest, he was sent back to Rome for further studies and completed his doctorate at the Urban University in Moral Theology in 2002. At that same time he worked for the Holy See as a minutante in the Secretariat of the Congregation for the Evangelisation of Peoples. Since then he has been appointed parish priest of Lavington and published a book entitled Pure Attraction: A Guide to Human Sexuality. He is also a session lecturer at JPII institute in Melbourne.

Wanda Skowronska is a registered psychologist. She has a PhD in Psychology/Theology at Melbourne’s John Paul II Institute and has been appointed a sessional lecturer there. She alsohas two masters degrees and has worked in several NSW schools as a counsellor. Over the Past 20 years, she has worked with thousands of young people in areas of Educational psychology and various areas of distress involving family break-up, abuse, loss, trauma, self-harm and other crisis situations. Wanda has been with FLI for many years and also works with the Helpers of God’s Precious Infants assisting with pregnancy counselling or post abortion counselling where needed. She has also been part of the Cairo+5 pro-life lobbying team at the United Nations and being an Australian of East European background, she has travelled to Eastern European countries like, Latvia, Poland and Russia, to meet lesser known pro-life groups who work there with little assistance. Wanda has researched and written numerous articles for a variety of journals and newsletters on issues related to psychology, religion and pro-life. Wanda’s special pro-life focus is spiritual adoption of the Unborn, which she promotes tirelessly in Australia and overseas.

Eamonn Keane studied commerce and Education at the National University in Ireland and Religious Education at the ACU. He has taught in high schools for 35 years, at Redfield College Dural for the last 13, being currently the head of Social Sciences. He has given lectures on various aspects of Catholic faith throughout Australia and overseas. Eamonn has published several books and numerous articles in magazines throughout the English-speaking world. He is married with 5 children.

Dr Obeid graduated with honours in Medicine from the University of Sydney in 1992. He completed specialist training in Internal Medicine and advanced training in Geriatric Medicine at Concord Repatriation General Hospital and Nepean Hospital, Sydney. He was awarded the Fellowship of the Royal Australasian College of Physicians (FRACP) in 1998. He is a Senior Staff specialist in Geriatric Medicine and stroke at Blacktown – Mt Druitt Hospitals and a Senior Visiting Medical Officer at Fairfield, The Hills Private and Norwest Private Hospital. Dr Obeid has a keen interest in teaching and is the Director of Prevocational Education and training at Blacktown Hospital. He sits on the Federal Council of the Australian and New Zealand Society for Geriatric Medicine (ANZSGM). His special interests are delirium, dementia, stroke, and Parkinson’s disease. He is passionate about improving the quality of care given to older people promoting the rights and dignity of the frail aged. Dr Obeid is married and lives with his wife and children in Sydney.

Dr Little is a practicing GP Obstetrician and a Visiting Medical Officer at Bellingen Hospital where she has provided intrapartum obstetric care for 27 years. She helps at the local hospital’s accident and emergency unit and works in a group private practise with her husband who provides the region’s anaesthetic service. Deirdre is the Bioethics Officer for the Catholic Women’s League in N.S.W. and has articles concerning prenatal screening and testing published in the secular press and has spoken at various venues in Australia. In 2012 Dr Little co-authored a discussion paper with Dr Harvey Ward on cervical cancer vaccines such as Gardasil which was published in the British Medical Journal and has written extensively on that subject and given numerous talks.

Dr Foong graduated from University of Tasmania with a medical degree in 1985 and began to work as GP in Sydney 1990. He has a special interest in NaproTechnology – an effective and moral form of fertility care. Andrew is also a Catholic apologist and former Catechist, being the past Coordinator of the Communications course at the Sydney Archdiocesan Seminary and teacher of Theology of the Body at the Catholic Adult Education centre at Lidcombe. Andrew married Marian Grima, a High School Teacher, in 2006 and now has 4 children.

Mr McAuley is a Sydney Barrister, having practised for over 25 years. His area of practise includes crime, medical negligence, posttraumatic stress disorders, wills and estates, administrative and commercial law. He has a Bachelor of Arts and a Bachelor of Law from the University of Sydney, as well as a Masters of Bioethics from the John Paul II Institute for Marriage and Family, Melbourne. Michael is a vice president of the St Thomas More Society. He and his wife Kaye have 6 children. 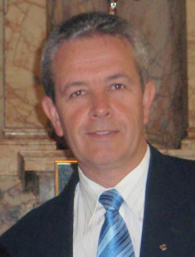 Paul is a veteran Australian pro-lifer. He has tirelessly taken the message of the dignity of life to the streets of Sydney for over twenty years, especially through his peaceful vigils outside abortion mills with the Helpers of God’s Precious Infants. He has also travelled around Australia since the late 1990s educating students, informing parents and encouraging embattled pro-lifers.

Mr John Anderson AO MA Spent many years in Federal Parliament having been elected as the member for Gwydir in 1989. He became the leader of the National Party and deputy Prime Minister of Australia in 1999, serving in that capacity until 2005 when he retired as leader of the Party and then from Federal Politics at the 2007 elections. John’s family have been graziers and landowners in the Gunnedah region for over 150 years and John continues in that tradition. On the 13th of June 2011 he was recognised for his service to the people of Australia being awarded the Officer of the Order of Australia. John is married to Julia and they have 5 children.