This project came out of FLI’s appeal to stem the tide of anti-life propaganda and misinformation from the London Family Planning Summit held in July 2012, supported by the UK Government and the Bill and Melinda Gates Foundation.
Read more:

The London Summit was hosted by the Alliance for Reproductive, Maternal and Newborn Health – which aims to push contraception, abortifacients, abortion and graphic sex education on the poorest countries in the world.

Indeed, as a result of the work of the Summit partners, abortion provider, Marie Stopes International “gained unprecedented global political commitment to family planning and a financial promise of more than $4bn over the next eight years .”

Thanks to the strong financial support received by our supporters, FLI was able to produce the contraceptive series of trifolds, called the “The Truth Pack”, and we were able to print and distribute 120,000 of these nationwide and internationally.

These leaflets debunk the myths and lies propagated at the London Summit and offer women the truth about these highly toxic contraceptives.

Following the London Summit, the Gates Foundation and others promoted the Women Deliver Conference in Malaysia in early 2013.

For the sake of our Pacific neighbours, we translated six of the trifolds into the native language of Timor-Leste (Tetum) and Papua New Guinea (Pigeon English). FLI is looking to distribute the Tetum trifolds to Timor-Leste in 2014. Fiji and Tonga received the English versions.

In its 2012 Progress Report, the Alliance for Reproductive, Maternal and Newborn Health brags about three million Indonesian women and girls presented with “reproductive health”, contraception, and family planning advice.  The Australian agency, AusAID, is helping fund and deliver this program of death and deceit.

After the publication and distribution of our Truth Pack, our project entered into the second stage of public education with a National Speaking Tour (Canberra, Melbourne, Brisbane and Sydney) featuring Mr Steven Mosher, President of Population Research Institute, in May 2013. 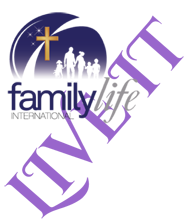 Live it
Save a Life