It was a great shock last week to learn of the death of young Queensland activist, Wilson Gavin, which happened under tragic circumstances. Wilson had been involved in a protest against the taxpayer-funded ‘drag-queen story time’ at a Brisbane library and was at the centre of the ensuing social-media pile-on. His subsequent death was deemed by police “not to be suspicious” which usually indicates a case of suicide.

Those who knew Wilson well were very surprised to hear suggestions that he had taken his own life. Wilson was a traditional Catholic, who, from reports we have received, attended the Latin Mass several times a week. Also, that he lived chastely with his same-sex attraction, as required by the Church. Wilson apparently was well educated on his Catholic Faith.

Additionally, although only twenty-one, he was a seasoned political activist who knew what to expect from the LGBTIQ+ lobby, having campaigned prominently during Australia’s same-sex marriage debate. That debate had sparked an extremely hostile and often depraved targeting of conservatives by gay-lobbyists, including but not limited to, via social media; but Wilson had taken that in his stride. Close friends have even said that he “thrived” on this type of confrontation.

It isn’t only Wilson’s friends who have questioned the circumstances surrounding his death. Here’s what the US-based Strategic Culture Foundation had to say about the media’s handling of the tragic events:

“In place of hard-hitting questions, the [Guardian] article provided the number for a suicide hotline as if the case was already closed. While a nice gesture that is not the sort of information the public needs from the media. Journalists need to be asking how a young man met his early demise at a train station in the wee hours of the morning following a protest that triggered a lot of controversy on social media. The public deserves to know more about the circumstances of the alleged suicide considering the context of events prior to that tragic moment. Why is the possibility of foul play not mentioned – not even within the context to deny it, as if this were some sort of impossibility – as a matter of protocol in such a case?”[1]

Assume, though, that this poor young man did in fact take his own life in a moment of desperation and depression. Such an outcome wouldn’t be outside the realm of possibility, given the nature of the vicious online bullying. This terrible toll is frequently paid by those living with same-sex attraction who garner the attention of their ideological opposition, that is if the gay lobby is to be believed.  Were there not repeated calls during the marriage campaign for extreme care to be taken with our comments, lest a young person who was same-sex attracted was pushed to the point of suicide?

After showing such solicitude for young gay people, it is to be expected that members of the LGBTIQ+ lobby would have been extremely moved by the death of Wilson Gavin. But sadly, generally this was not the case.

“Don’t get me wrong. I feel for the family and friends of this young man. He was obviously very troubled. But you can’t expect to do what he and his fellow UQ Young Liberals did and not expect people to call it (sic) out bigotry and homophobia? We all just sit by and condone that?”

“One less self hating dangerous person we have to deal with,” followed by:

“…and to the people who don’t find this sad, you have absolutely no idea how many LGBTI people are still in the closet and living with shame and still coming to terms. Not to mention the reality of clinical depression which some people suffer.”

“That ‘young conservative’ must have had serious issues for some time … Twitter didn’t cause him to take his own life. Indeed, he was a nasty piece of sh** to harass people that didn’t affect him.”

This seems like very hypocritical behaviour from those who claimed that ‘love won’ when same-sex marriage became a legal reality in Australia. That is, until we remember that these are the same people who:-

This brings us to the crux of the problem: Israel Folau lost his lucrative football contract for one simple post on social media which apparently potentially caused offence to practising homosexuals. Wilson Gavin lost his life but there were no repercussions for any member of the LGBTIQ+ lobby, even with countless examples of crude and vicious comments made on social media and vilifying comments included in mainstream media reports.

Even the so-called conservative LNP party did not want to risk the ire of the drag-queen-loving public when the controversy began. It was quick to remind the public that Gavin’s Young LNP group had previously been dis-endorsed by the parent group, although tributes flowed once news of the young man’s death became public.

Additionally, Christian conservatives such as Bernard Gaynor and Archbishop Julian Porteous are regularly hauled before anti-discrimination tribunals for simply stating their opinion on traditional marriage, firmly but politely. But when LGBTIQ+ activists publicly shame and harangue a young man, basically harassing him to death, there are no consequences at all. No tribunals, no hearings, not even basic human sympathy – unless it is qualified with a thinly-veiled attitude of ‘I told you so.’

Love wins? Not for Wilson Gavin! 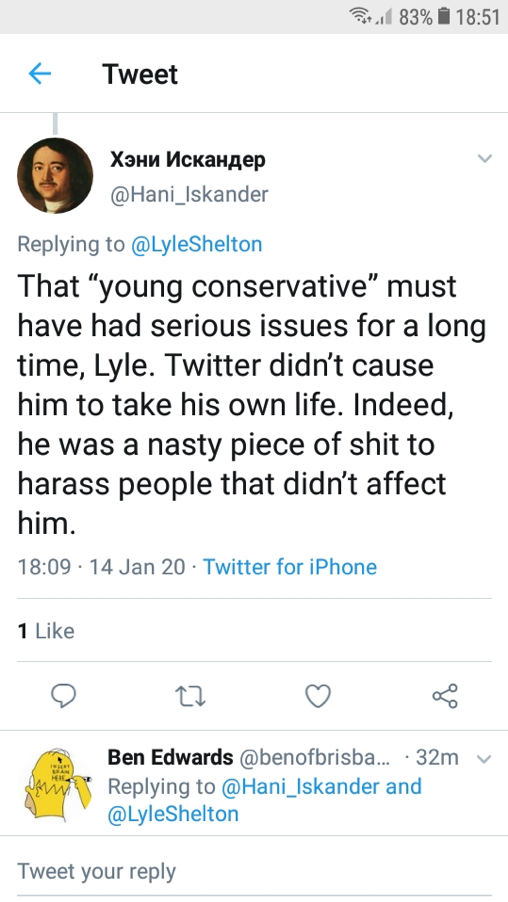 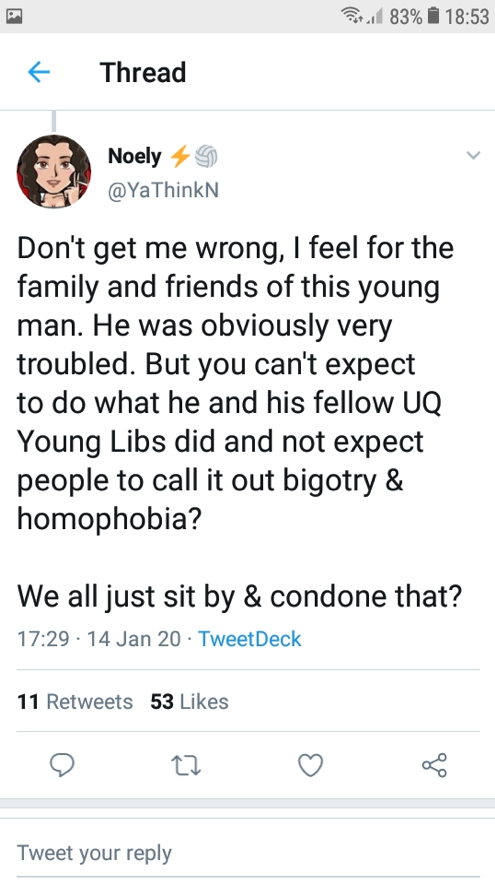 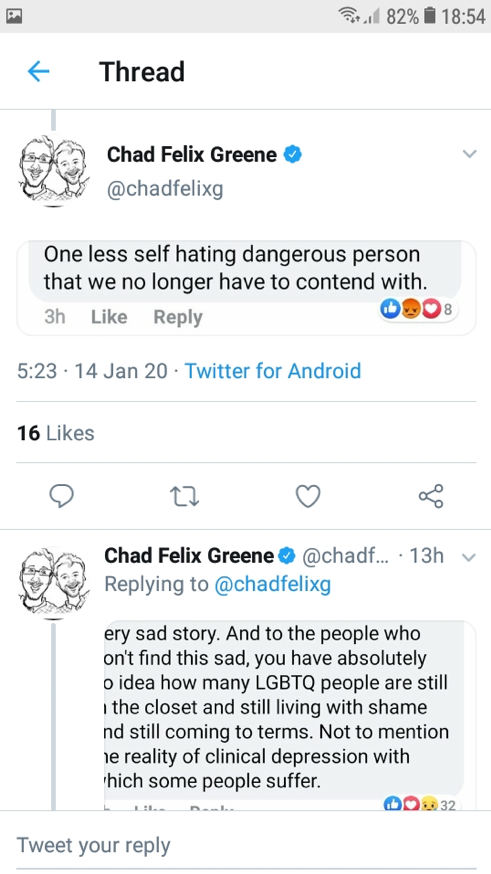