Looking Forward to a Tolerant Future.

“Some day, same sex couples in Australia will have the legal right to marry. That is inevitable. As with every major human rights advance, from the abolition of slavery to allowing women to vote, future generations will look back and wonder how anyone could have opposed such a basic human right1.

States or districts that have legislated for civil unions or gay marriages have done so according to an impoverished definition of marriage. Arguing for the inclusion of same-sex couples in federal marriage legislation, Carmen Lawrence stated that “We need to look at marriage as an evolving institution – because it is2.” But her mistake is in maintaining that human behaviour alone proves what is normal in a society. This is a very strange way of seeing things, for, as G.K. Chesterton says, “Fallacies do not cease to be fallacies because they become fashions3.” The debate about same-sex unions is essentially a debate about moral relativism. In this article we will take a look at how relativism has been applied to same-sex entitlements legislation.

“Relativism’s not just a philosophy, because a philosophy is open to reason. It’s their creed, their faith, their religion.4”

The Pope was not joking when, as Cardinal he stated that relativism is “the most profound difficulty of our day5.” History has never seen such a large-scale denial of the reality of absolutes in the moral sphere and this essentially goes hand-in-hand with the process of secularisation that has occurred simultaneously in Western cultures. “Relativism…in certain respects has become the real religion of modern man6.” The connection is evident in the following statement from the “Freedom to Marry” lobby: “Because of the separation of church and state, one school of religious thought ought not be able to dictate law7,” an argument drawn from religious relativism. Indeed, there are those “who consider…relativism an essential condition of democracy, inasmuch as it alone is held to guarantee tolerance… whereas moral norms considered to be objective and binding are held to lead to… intolerance8.” According to this understanding the democratic system must limit itself “to taking account of and accepting the convictions of the majority9.”

In 2007 the Human Rights and Equal Opportunities Commission (HREOC) issued a report called Same-Sex: Same Entitlements- A National Inquiry into Discrimination against People in Same-Sex Relationships. Quoting the International Covenant on Civil and Political Rights, the Report justifies itself on these terms: “In this respect, the law shall prohibit any discrimination and guarantee to all persons equal and effective protection against discrimination on any ground…10” The Report then goes on to identify the areas in federal legislation that “discriminate” against same-sex couples by failing to make the same provisions such as superannuation, worker’s compensation, social security, tax and family law11 that it currently affords married and de facto couples. The Report requests the government introduce omnibus legislation to remove all these barriers simultaneously by “amending the definitions describing a couple to include same-sex and opposite-sex couples alike12.” 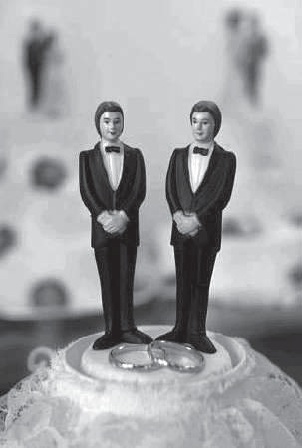 The Report and the legislation it recommends cannot be supported. The proposed measures call for a marriage-like relationship without calling that relationship marriage: “While same-sex marriage or civil unions could assist those couples who choose to formalise their relationship in that way, this Inquiry has focussed on ensuring that all couples have all the same rights whether or not they are married13.” The Government has resolved to take the same course and establish a foot in both camps, as it were: “We support the legislation that defines marriage as being between a man and a woman,” said Attorney-General, Robert McClelland as this “is the position that caucus has previously adopted” (when the 2004 federal marriage legislation was passed). The Government is, however, also “given to examining appropriate forms of registration of de facto relationships, including same-sex de facto relationships.14” Indeed, in its Party Platform, the Government promises to “ensure that all couples who have a mutual commitment to a shared life do not suffer discrimination because they are not married” and to “take action to ensure the development of nationally consistent, state- based relationship recognition legislation that will include the opportunity for couples who have a mutual commitment to a shared life to have those relationships registered and certified15.”

The Government’s position is clearly unacceptable, as the objection to “gay marriage” or same-sex unions is not based solely upon the use of the word marriage, but on the legal support and sanction given to the relationship that would “mean not only the approval of deviant behaviour, with the consequence of making it a model in present-day society, but would also obscure basic values which belong to the common inheritance of humanity16.” Furthermore, since the Church has a duty to defend family life,

such legislation should be assessed in regard to the effect on the family. Some important questions proposed by the Vatican to this end are: “Would [the proposed measures] protect homosexual acts, public or private? Do they confer equivalent family status on homosexual unions, for example, in respect to public housing or by entitling the homosexual partner to the privileges of employment which could include such things as “family” participation in the health benefits given to employees?17” It is clear that in the case of the HREOC Report the answer to these questions is ‘Yes’.

The evidence of a relativistic ideology in the Report can be found in the subtle recycling of the notion of tolerance as a definition of non-discrimination. Because contemporary morality makes no reference to the moral law its sole point of reference is the measure of how tolerant one can be in allowing the maximum freedom for each person to live as he desires. “Look how tolerant I am!” is the self-satisfied excuse for silence when one should speak. This kind of tolerance would be more aptly described as a “mixture of timidity, prudence, convenience, reluctance and fear [that has] penetrated the fibre of the West.” This is the “self-censorship and self- repression that goes by the name of political correctness18,” a sure symptom of a society beset by relativism. It does not describe the charity and support we are called to offer to all as Christians. This version of tolerance is rather, as G. K Chesterton observed, “The virtue of the man without convictions.”

Presented under the pretext of safe- guarding “one of the most fundamental principles of international law: the right to equality19,” tolerance has become the measure of morality. Accordingly, justice, rather than being based on truth and ordered toward the common good, is directed instead against whatever is perceived as hindering this highly individualistic idea of human freedom. Those who oppose this relativistic definition of “tolerance” are accused of being “discriminatory”. Indeed, in the cultural battle “One tactic [that is] used is to protest that any and all criticism of or reservations about homosexual people, their activity and lifestyle, are simply diverse forms of unjust discrimination.20” It does not help that relativists in their error are able to confuse the issue by treating just and unjust discrimination as one and the same thing. The Report confuses malevolence directed against homosexual persons with the obstructions described in federal laws and lumps both under the title of discrimination, even suggesting that the latter will inevitably lead to the former by claiming that “discriminatory laws are an endorsement of homophobia21.”

Because justice is not in the service of truth, the real meaning of law is obscured. Saint Thomas Aquinas teaches that “every law made by man can be called law insofar as it derives from the natural law. But if it is somehow opposed to the natural law, then it is not really a law but rather a corruption of the law22.” There is such a thing as just discrimination and it is a necessary part of the judicial processes that govern human society, processes that are, at times, “not only licit but obligatory23.” Hence, “differentiating between persons or refusing social recognition or benefits is unacceptable only when it is contrary to justice. The denial of the social and legal status of marriage to forms of cohabitation that are not and cannot be marital is not opposed to justice; on the contrary, justice requires it24.” 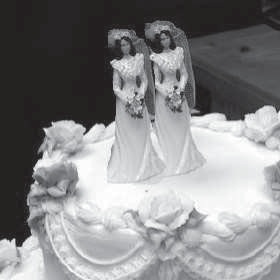 The language of “equal rights” and discrimination can be effectively used to deter any real engagement with the issues of same- sex unions. As we shall soon be facing the legislation of the HREOC recommendations, any opposition to the proposals will actually be considered a form of illegal discrimination. We must not be deceived. Although this legislation will be federal, an examination of it shows that by deviating from the natural moral law, this legislation has no actual force of law at all. And although law may describe opposition in terms of “discrimination”, we have seen that the use of this term reflects, not the truth, but the defence of the position of moral relativism. We have a duty then, to stand against this culture of relativism by spreading the light of truth and living so as to bear witness to the value and joy of the real freedom that comes from resting in the Absolute – God Himself. ◘