A Melbourne college run by Jesuits is fostering an environment which favours deviant sex but bullies Catholics who try to uphold traditional teaching on sexuality and marriage.

Newman College is a century-old residential campus for Catholics who attend the University of Melbourne. The college website describes Newman as being a place where ‘the aspirations of the Roman Catholic tradition are reflected and fostered’, although observers who have witnessed the college’s pro-gay stance would be hard-pushed to find evidence of this. 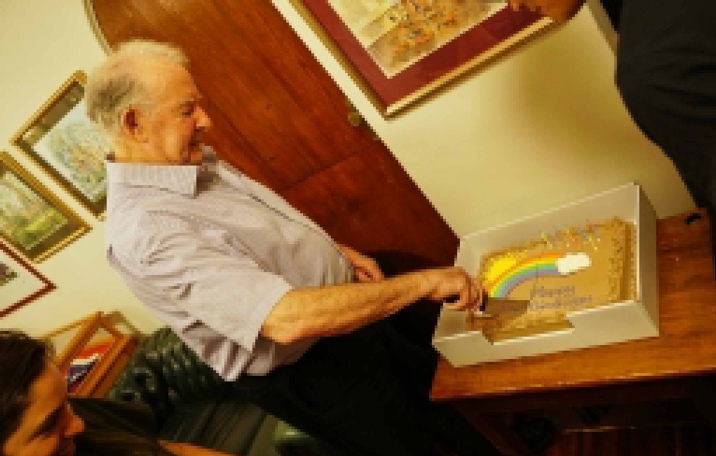 Two priests were present and apparently unfazed by a speech at last year’s Diversity Dinner from the openly gay president of the College’s Student Club. President Willliam Kabira described what it was like to come out as homosexual, and generally championed the LGBTIQ+ lifestyle. He is now seen as a hero to many at the college and beyond.

Newman’s ‘queer’ culture is supported by the college Dean, Genevieve Leach, and other members of the faculty. Dean Leach helped update the school’s code of conduct, to create a SAFE policy, that is, a protocol of Sexual Misconduct Prevention, Advice and Advocacy, Fair Treatment, Equality and Equity. 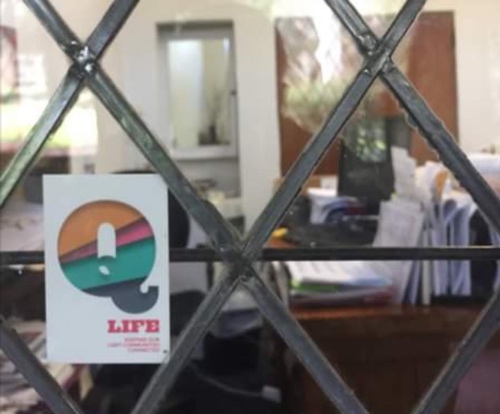 A Q for ‘Queer’ sticker on Dean Genevieve Leach’s window

Under Dean Leach’s leadership, members of the student body established a Diversity Committee in early 2019, which organises events such as ‘queer’ movie nights, picnics and balls, some of which are inter-college events. There is even rivalry between Newman and the ostensibly-Presbyterian Ormond College as to which is the more gay-friendly.

Newman’s queer credentials have also been reported in a positive light in the University of Melbourne student publication, Farrago. An article appeared in June last year, applauding the additional supports being given to LGBTIQ+ students, and condemning the ‘homophobic’ behaviour of students who oppose the gay agenda. The article lauded Dean Leach for helping to provide a ‘safe space for queers’ and claims that she has helped several students to ‘come out.’

However, not all of Newman’s residents are happy about the college’s pro-gay stance. One chaste, same-sex attracted student had his residency and scholarships discontinued, for simply upholding the Church’s teaching on sexuality.

Former art student, Riley Soares, learned late last year that he was not welcome back at the residential college where he had lived for three years. During that time, Riley had been subject to numerous acts of bullying, for opposing the strong LGBTIQ+ presence at the college.

Riley was also the subject of a defamatory petition hosted at Change.org, which Change eventually took down after apologising and stating that the petition violated their community standards. The petition, made in response to one from Riley which called for an end to LGBTIQ+ activities being held at Newman, was created by a member of the Newman Student Council. Even though the petition has been removed, it is still causing problems for Riley, as online searches by potential employers inform them he has been accused of ‘homophobic behaviour.’

In a statement given to Family Life International, Riley said:

“It’s been frustrating that Newman would put me in this position and blatantly refuse to address the members of Newman Students Club and General Council’s defamatory and bullying petition against me, which one could find for many months in the first 5 results when they googled my name. It affected me in a number of practical ways: for instance, at this point, I haven’t been able to find any secure housing for the year. Also when I’ve tried to apply for jobs, employers have done a google search on me and found the defamatory change.org petition against me as a concern and have denied me employment.”

Riley Soares initially hoped he could bring a case against the college via the Victorian Anti-discrimination Tribunal. However, he eventually found that this was not feasible, given that the Tribunal is notoriously biased against orthodox Christians. It is certainly a sign of the times when a Catholic who upholds Catholic teaching has no recourse in either secular or religious tribunals.

This year, a new rector with gay-friendly credentials has been appointed to the college. Fr Frank Brennan, well-known for his anti-Catholic stance on same-sex marriage, became an unofficial spokesman for the Church during Australia’s marriage debate. Fr. Brennan made a distinction between Catholic and non-sacramental marriage – a view described by canon lawyer Ed Peters as balderdash – and claimed that same-sex marriages should be made legal ‘for the common good.’ At the time, Fr Brennan applauded the rectors of Catholic schools who shared his heterodox opinion, claiming that they were ‘getting the vibe of young people.’ He advised Catholics to vote Yes, saying that the redefinition of marriage would not infringe on the rights of Christians.

Dr Peters went so far as to write that  “a Catholic’s endorsement of any other kinds of unions as marriage is actually heresy,  in turn rendering a Catholic liable to even more severe ecclesiastical sanctions including excommunication, expulsion from religious life, and dismissal from the clerical state.”

Fr. Brennan has been widely praised for his public proclamations of the innocence of Cardinal Pell, but it is clear that his stance reflects his libertarian views, rather than his orthodoxy. In his 1998 book, “Legislating Liberty”, in which he called for an Australian Bill of Rights, Brennan claimed that human rights are no longer reflected merely in natural law. According to Brennan, these ‘rights’ now extend to subjective relationships and cultural norms and it is no longer appropriate to make “emotive claims about right and wrong.” His calls for homosexual acts to be accepted as an authentic expression of human sexuality are consistent with his stance on same-sex marriage, but are in no way to be considered part of Catholic teaching. Brennan’s stance on abortion is even worse: while claiming he is ‘personally pro-life’ he has no qualms about his preference for the Church to keep quiet on the issue, as ‘moral absolutism’ has no place in a pluralistic society. He claims that his own beliefs can’t allow him to determine “what the law on abortion ought to be in every society at every time in history.”

Fr. Brennan is also a vocal supporter of women’s ordination, claiming that the Church needs to “ensure equality for everyone” and that “the official [Catholic] position is no longer comprehensible to most people of good will.” He also publicly endorsed the disgraced, heretical Bishop William Morris, removed from office in 2011 by Pope Benedict XVI, saying Morris was simply the “sensible, considerate, pastoral priest and bishop of a country diocese.”

While it is true that as a Jesuit, Fr Brennan isn’t under the authority of any Australian bishop, there are always actions that can be taken by our shepherds to ensure their flocks aren’t led astray by heterodox views. Archbishop Julian Porteous undertook such action in 2018 when he banned Brennan from speaking in his Archdiocese due to the latter’s views on same-sex marriage.[1]

Apart from that instance, no one in authority has been prepared to sanction Fr Brennan or any other Australian Catholic who holds similar views; conversely, heterodox Catholics are regularly promoted into leadership positions such as bishops’ governance committees.

Fr. Brennan’s opinion that legalising same-sex ‘marriage’ would not impact dissenters flies in the face of the reality for many Christians. Soft and hard persecution of conservative Christians has been the order of the day for several years now.

It also belies the treatment given to Riley Soares who simply upheld those Catholic principles that Fr. Brennan himself is meant to espouse. Ironically, Fr. Brennan was included in the 2017 expert panel for religious freedom review, but is now part of a faculty that does not respect the religious freedom of its own Catholic students. His own words, written to uphold the rights of Christian schools to teach according to their own ethos could well be applied to Catholic students who wish to stay true to Catholic teaching:

“A Christian …  must be guaranteed the freedom to teach what Jesus taught, respectfully, reasonably and counterculturally.”