The group of young Australians with whom I travelled to New York give a joyful example to the world of how to live! These young people generously give of themselves and their time to pro-life work. They embrace God’s plan to live chastely as single people or within marriage. They show a keen willingness to learn and be trained so as to effectively promote the culture of life in their own lives.

It was inspiring to get to know them all and see the focus they gave to prayer and to absorbing Monsignor Reilly’s wisdom during the intensive retreat. They were all such fun to be with! We now feel so much more support from the friendships between us as we go back to our cities or country towns to more effectively defend the unborn. We are all united in prayer now and know that we are no longer fighting a lonely battle. Instead, we realize we are all part of this powerful wave of the culture of life.

I was impressed to see the individual attention that Paul Hanrahan gave to each person on the retreat. He has a gift for bringing out the best in young people through his wonderfully positive nature and trust in God. Paul’s courageous example to work full-time in the pro-life movement despite financial hardships, is an inspiration to us all. The vital support of his wife, Christine, to support Paul in this brave step has been a real example to me of the power of a faithful wife and mother. Christine’s gracious presence added to our happy group and seeing the close bond between them and their five children was a fine example to us of marriage. 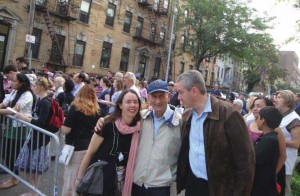 Over the years, after learning about the inherent evil of contraception and abortion, I thought I had a good idea of what the culture of death entailed. It took a trip to New York to wake me up!

Monsignor Reilly has been alert to the changes in our culture during the past fifty years. He has been attentively watching the tide of the culture of death and has been prayerfully engaged in training a well-organised defence for the battle for life. I was shocked to learn that abortion is just one of the fruits of this mighty tree. To merely fight against abortion (or euthanasia, or same-sex marriage) and not understand the whole picture is a great ignorance. I am grateful to Monsignor for patiently and

thoroughly opening my eyes to see that the eugenics/population control movement is a mighty juggernaut.

Human life is devalued and enslaved in the reproductive labs today. Monsignor explained to us that practical atheism reigns in these labs and with God being excluded, a high-tech totalitarianism is working to remake the world according to its own plans. The fact that nine out of ten American babies with Down’s Syndrome are killed inside the womb, is proof that this eugenics movement is well-entrenched in our society.

Terrence McKeegan, the Vice President and Senior Counsel for the Catholic Family & Human Rights Institute (C-FAM), gave us a valuable insight into the history of the Holy See and the invaluable contribution of the Holy See to high-level decisions being made at the United Nations. 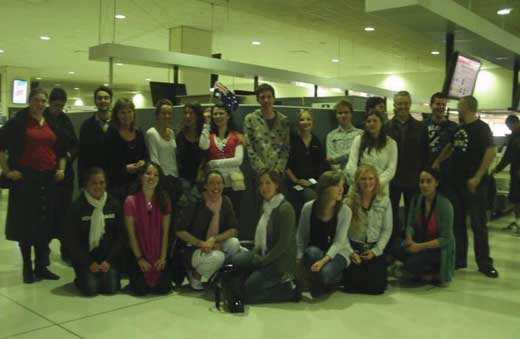 Terrence’s experience in serving as a delegate for the Holy See to the UN Commission on Population and Development, and his travels to various developing nations, gave us a unique insight into the pressure the UN exerts on developing nations to accept reproductive rights packages (abortion, sterilisations, widespread distribution of contraceptives). Many weaker nations cave in to the pressure of the UN and the UN Population Fund by accepting these programmes into their cultures in exchange for huge financial grants.

Despite Monsignor Reilly’s awareness of the great threat of the population control agenda in our world, we see in him the virtue of hope. One of Monsignor Reilly’s gems of wisdom will be my treasure always: God only allows great evil to exist in the world because great good will come of it.

Monsignor Reilly holds in great esteem the work of Cardinal Cooke in defending the most defenceless of our society. Just before his death in October 1983, Cardinal Cooke wrote, “May we never yield to indifference or claim helplessness when innocent human life is threatened or when human rights are denied.”

My gratitude goes to all of you reading these reports who gave so generously to pay for our flights to New York. Thank you for your gift. I would like to thank Fr Wong and Fr Gresser for their prayers and Masses for us travelling pro-life pilgrims and also Fr Terence who came to the airport to give the whole group a blessing before we boarded our plane. Many people were praying, not just for our safe travels, but for many fruits to come from the pro-life retreat. Your prayers were a priceless gift. All of you were included in my prayers at the Monastery of the Precious Blood.