I have long believed that Planned Parenthood frequently violates federal laws against the targeting of ethnic minorities, not to mention state laws against everything from late-term abortions and child sexual abuse to parental consent laws and trafficking in fetal tissue. It seemed clear to me that, in its pursuit of abortion profits, Planned Parenthood would let nothing—even the law—stand in its way.

But it is one thing for me, personally, to reach this conclusion based on anecdotal evidence from victimized women (and children) and testimony from former clinic workers. It is quite another to prove them in a court of law against a phalanx of hardened Planned Parenthood lawyers. Yet that is exactly what Kansas District Attorney Phill Kline intends to do. 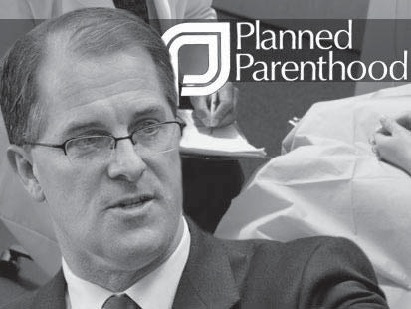 Kline’s case against the abortion giant has taken some bizarre twists and turns over the past few years. The legal machinations of Planned Parenthood have been mind- numbing. But bear with me a few paragraphs, as I recount a little bit of the history, because the stakes here are enormous.

If Kline is successful, he will have won a major pro-life victory. Planned Parenthood could be stripped of the hundreds of millions of dollars that it receives from the federal government each year. Forced to survive solely on its bloody profits from abortions, it would diminish as a force in American politics and culture.

I recently met with Phill Kline, and came away impressed. He has a passionate commitment to the law and to the unborn, and is well-grounded in his Christian faith. None of this surprised me. Had he been any less committed, he would have walked away from this case a long time ago. “Usually the government has more resources than the defendant,” he told me. “But not in this case. Planned Parenthood has deeper pockets than the Johnson County district attorney’s office, which I head. Much deeper pockets.”

Getting Rid of Abortion Opposition

Kline wasn’t always the Johnson County DA, of course. When he began his case against Planned Parenthood in 2004, he occupied a much higher office, that of attorney general of the State of Kansas. In this position he subpoenaed the records of the Johnson County Planned Parenthood clinic. But his vigorous prosecution of the alleged offenses he found therein angered the abortion industry, which set out to defeat him in the 2006 elections.

To run against Kline, the abortion industry recruited Paul Morrison, a pro-choice Republican then serving as Johnson County district attorney. With the blessing of the Democratic governor, Kathleen Sebellius, Morrison switched parties and announced his candidacy for the race. Abortionists immediately began pumping money into the campaign. George Tiller, the infamous late- term abortionist from Wichita, contributed $121,000 to his own ProKanDo PAC, which spent $322,680 in the campaign. The Kansans for Consumer Privacy Protection spent more than $400,000 on so-called educational mailings that clearly targeted Kline. Supported by The Kansas City Star, the abortionists’ attack ads and mailings were successful. Outspent perhaps 10 to 1, Kline was defeated.

But there now came a twist in the tale. Under state law Morrison’s replacement was selected by the Johnson County Republican committeemen. They chose Kline. And he still had the subpoenaed abortion records. 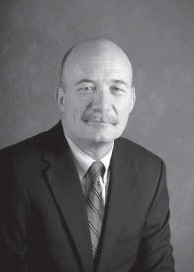 As soon as he was sworn in, Morrison ordered Kline to return the records to Planned Parenthood. Kline refused to comply. Instead, in October 2007, he filed 107 charges against Planned Parenthood, including 23 felony counts of illegal late-term abortions. Other counts included making a false writing, failure to maintain records, and failure to determine viability which, taken together, suggest a criminal conspiracy to evade the law.

Morrison attempted, through his spokeswoman, to deny the charges had any merit, but he soon faced charges of his own. He reportedly tried to subvert Kline’s investigation into Planned Parenthood by contacting a female employee of the Johnson County district attorney’s office with whom he had been sexually involved. When this woman went public with charges of sexual harassment and professional misconduct, Morrison was forced to resign.

A preliminary hearing on Kline’s charges was held on January 16, at which he sought to disqualify Planned Parenthood’s attorneys on the grounds that they had been involved in the transmission of falsified abortion documents. No ruling has come down so far, but one thing is clear: While Planned Parenthood may claim that its clinic does not perform abortions past the 22nd week of pregnancy, evidence presented at the hearing suggested that it has done so at least 23 times.

I am confident Phill Kline will be able to prove in court that the Planned Parenthood clinic in Kansas not only routinely and illegally aborted fully viable babies, but went on to fabricate records to cover its tracks. He may even be able to show that Planned Parenthood conspired with Morrison to first defeat Kline in the attorney general’s race, and then undermine his investigation.

All this is news that should shake Planned Parenthood’s supporters in the U.S. Congress to the core. Please pray for his success.