This year, the Feast of St James the Apostle on July 25th marks the fortieth anniversary of the publication of Pope Paul VI’s encyclical, Humanae Vitae On the regulation of birth. His Holiness stated that the infallible teaching contained in Humanae Vitae “is founded upon the inseparable connection, willed by God and unable to be broken by man on his own initiative, between the two meanings of the conjugal act: the unitive meaning and the procreative meaning”. (par 12)

Thirty-eight years earlier, his predecessor, Pope Pius XI, wrote in Casti Connubii that “The conjugal act is of its very nature designed for the procreation of offspring; and therefore those who in performing it deliberately deprive it of its natural power and efficacy, act against nature and do something which is shameful and intrinsically immoral.” (par 54) He went on to quote St Augustine, “Sexual intercourse even with a lawful wife is unlawful and shameful if the conception of offspring is prevented. This is what Onan, the son of Juda, did and on that account God put him to death.” (par 55)

This year, our present Holy Father, Pope Benedict XVI, addressed participants at the Congress on the 40th Anniversary of Humanae Vitae held in Rome in May. He said the truth expressed in Humanae Vitae does not change and, quoting from his first encyclical, Deus Caritas Est, he reminded the gathering that, “Man is truly himself when his body and soul are intimately united…. Yet it is neither the spirit alone nor the body alone that loves: it is man, the person, a unified creature composed of body and soul, who loves.” He then continued, “If this unity is removed, the value of the person is lost and there is a serious risk of considering the body a commodity that can be bought or sold. In a culture subjected to the prevalence of ‘having’ over ‘being’, human life risks losing its value. If the practice of sexuality becomes a drug that seeks to enslave one’s partner to one’s own desires and interests, without respecting the cycle of the beloved, then what must be defended is no longer solely the true concept of love but in the first place the dignity of the person. As believers, we could never let the domination of technology invalidate the quality of love and the sacredness of life.”

When we let technology dominate, evil follows. Forty years ago, Pope Paul VI warned of the ‘grave consequences’ of contraceptive practices, all of which are painfully obvious to us today: conjugal infidelity, promiscuous youth, loss of respect for women, and population control exerted by governments over their people. 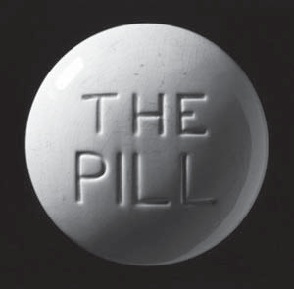 It is demonstrably true that contraception not only causes ill health, it also leads to abortion. All over the world, wherever contraceptive practices are accepted, or imposed, abortion soon follows. Contraception is inherently anti-life. In fact, all hormonal methods of birth-control cause chemical abortions, and it does not take a genius to figure out that if couples are contracepting, they obviously don’t want a child. One American writer once described contraception as a ‘sexual diaper’. He argued that people who contracept rely on this ‘diaper’ to avoid the consequences of their irresponsible behaviour. When this fails, and it often does, they are very likely to turn to surgical abortion to get rid of the ‘mistake’. A recent study, reported in the Daily Telegraph on June 10th this year, found that in Adelaide, between July 1996 and June 2006, nearly 70 percent of the 3434 women who presented for surgical abortion were using contraceptives.

The Culture of Death is wiping out whole populations. People who think the world is overpopulated should think again. Contraception, sterilization and abortion have resulted in falling fertility rates worldwide, mostly, like Australia’s, to below replacement level. This means that the biggest problem young working people of today will have to face, in the not too distant future, is not overpopulation, but depopulation. Perhaps this is the modern version of God’s judgment on Onan, but we are doing it to ourselves.

May God bless all those wonderful, generous, young married couples who live according to God’s plan for love and life and defy the culture of death all around them.

Because of World Youth Day, we at Family Life International Australia will be celebrating the 40th Anniversary of Humanae Vitae later this year. We will keep you updated.