An interesting post by the PGM of South Australia, MW Bro Steve Michalak, regarding the stance of the Catholic Church and the craft.

“During my term as Grand Master of the Grand Lodge of SA/NT 2015-2018, I liaised with the Australian Catholic Bishop’s Conference to clarify the Roman Catholic Church’s position on Roman Catholics joining our Order in Australia.

I understand there is some current misunderstanding, especially in Toowoomba, Qld regarding this issue.

To remove any doubt, I have attached my original letter to the General Secretary of the Australian Catholic Bishop’s Conference in 2016 and his official response to me on their behalf in 2017. 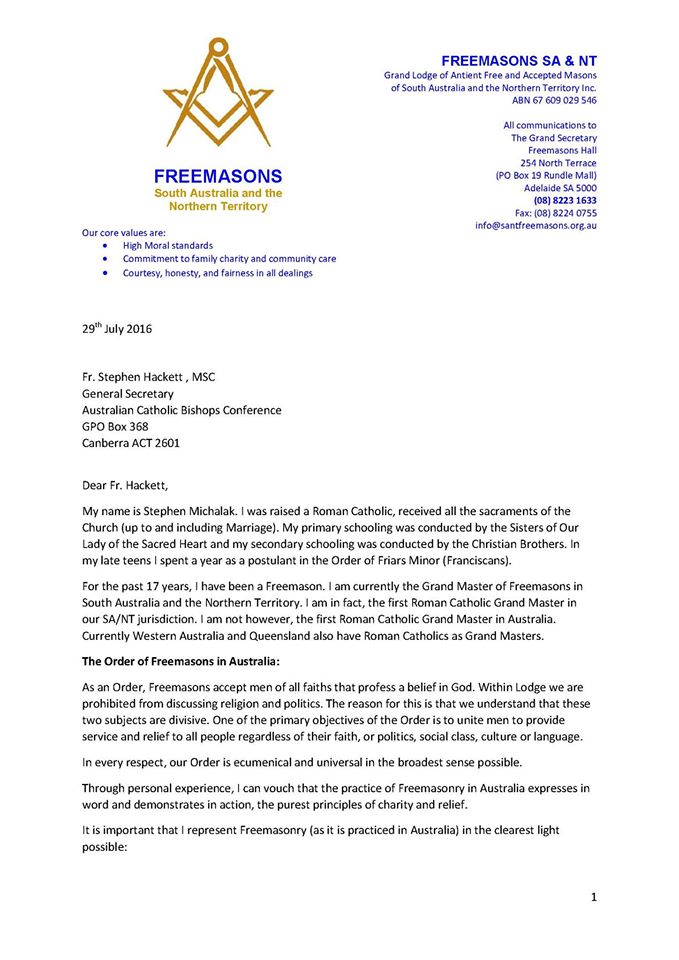 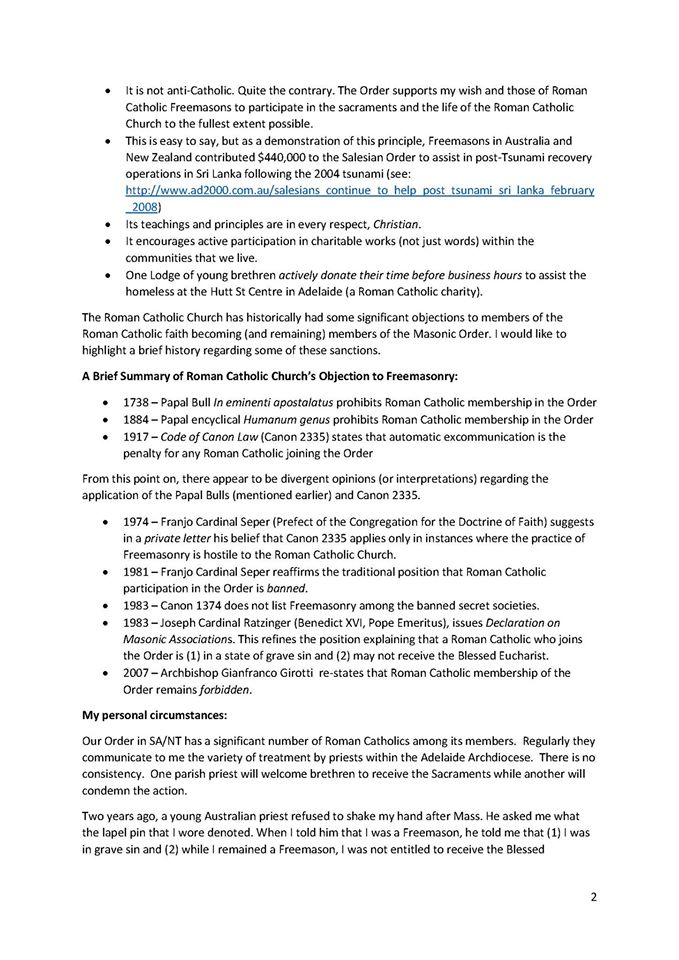 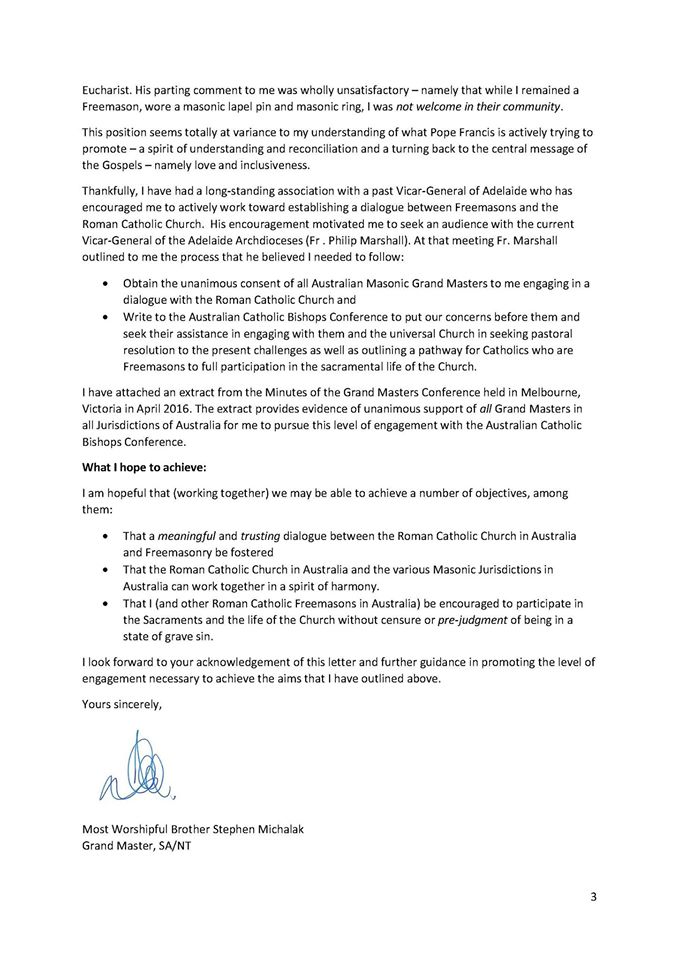 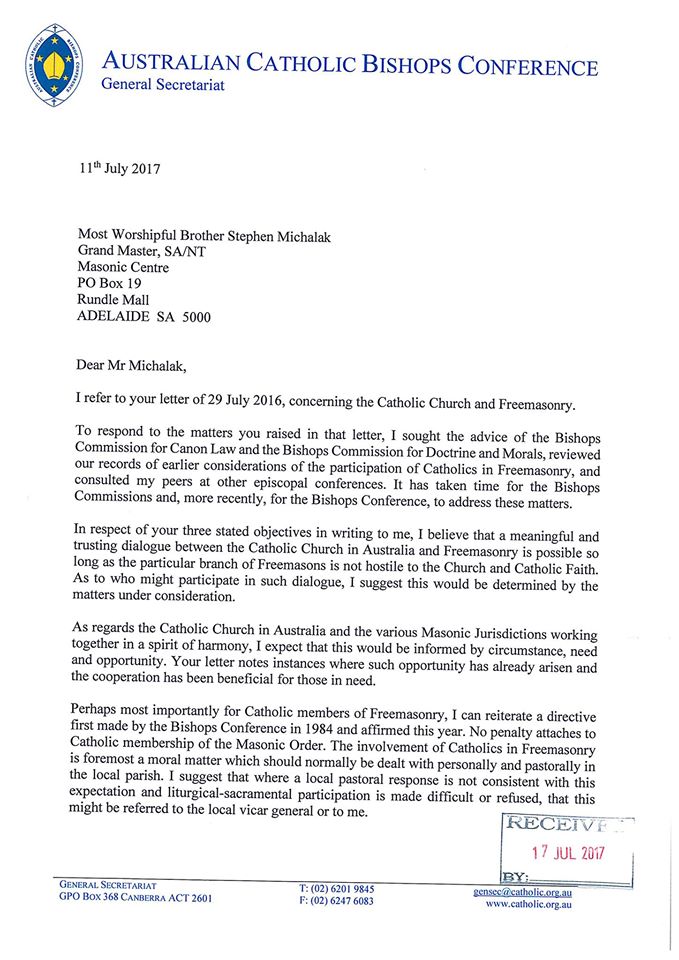 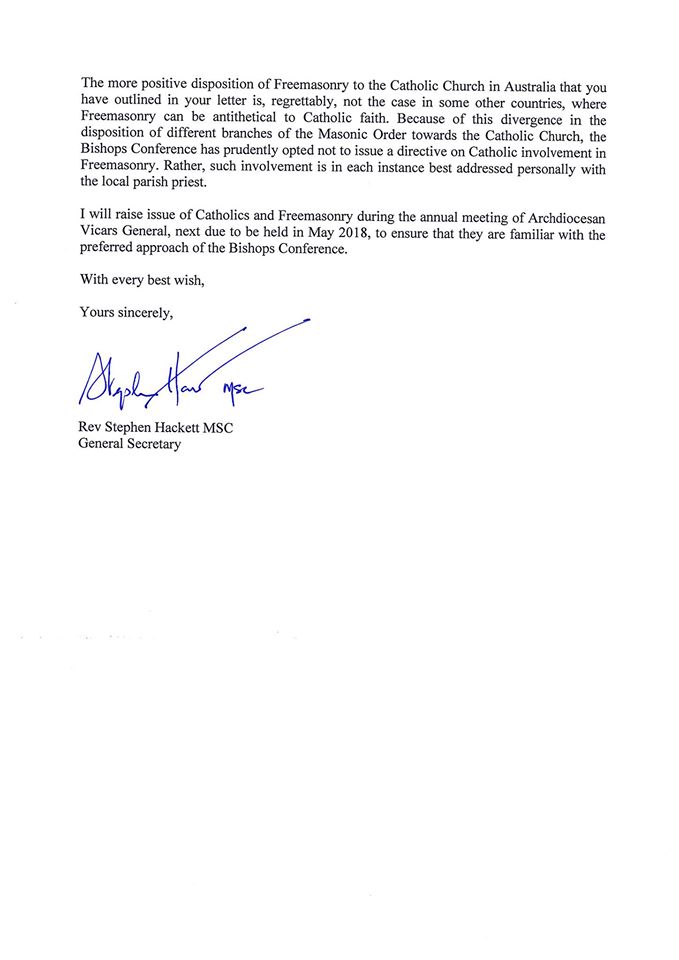