It is with gratitude to God that we report the closing of a once-thriving abortion mill. After many years in the business of death, the Marie Stopes facility in Homebush NSW, has folded. Since one of our main focuses is to stop abortions right where they are happening, at the ‘clinics’ that provide them, this is happy news for all of us!
Marie Stopes took over the Homebush abortion facility some years ago and money was not spared doing up the building and adding flashy signage outside. The result was a very pleasant façade belying the appalling deeds done there. Death does sometimes wear a smile. 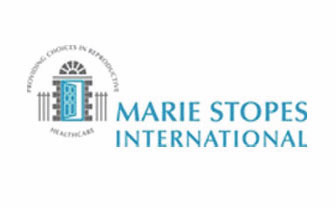 For as many years as abortions were provided there, steadfast pro-lifers had gathered outside on the sidewalk to join in prayer and witness. They did what they could to prevent this senseless slaughter. Sidewalk counsellors were occasionally able to assist mothers to rethink their decisions to procure abortions. Today some people are alive thanks to this. Vigilers frequently witnessed girls staggering out of that place, or being virtually carried back to their cars. So much for ‘safe’ abortions!
Vigils were held on Saturday mornings and when possible, also on weekdays.
Sometimes there were fifteen vigilers; sometimes there were only a few.
Even so, they never gave up! They came again and again, despite the cold of winter and heat of summer. Despite the frequent scorn of those driving by. Despite the not infrequent temptation to think it was all in vain.
But in vain it was not! Late last year the killing facility quietly closed its doors for business. No trace of the former occupants can be found there today, nor any indication that they moved elsewhere. Was the business failing? Probably. Is abortion no longer a lucrative business? Possibly. Is the abortion industry a giant with feet of clay? Certainly.
Another thing is sure: Almighty God will always have the last word. The facility was literally bombarded for years with prayers. On countless occasions Holy Water was sprinkled there. Countless little acts of reparation, atonement, perseverance and love were offered there. All this rose as incense to heaven.
A big thanks goes to all who took part in these vigils. A special thanks goes to the stalwarts of the Homebush vigils, Joe and Josephine Cudmore and Mrs Gail Instance. They stuck it out there through thick and thin for many a long year, often just the three of them alone on the sidewalk. Finally, a very special thanks goes to Rev Fr. Mihai Anghel of nearby Our Lady of the Assumption parish for his unstinting support, hospitality and prayers for the pro-life vigil during the years.