I prefer to refer to same-sex marriage instead of Gay Marriages or Homosexual Marriages because the terms are clearer and clarity is what is sorely needed in this debate. Often verbal engineering precedes social reform – change the words and the ideas change and this leads to the acceptance of new behavior. For example, the abortion industry’s acceptance is due to slogans such as: ‘women’s rights’ and ‘choice’ used by lobby groups that completely eclipse the real issue of the slaughter of the innocents.

First things first: same-sex marriage – what does it mean? The words themselves are self-contradictory. Indeed, it is a classic oxymoron. Do the words: dry water or round square make any sense? The intellect is a superb faculty. It allows us to say things, even in a meaningful manner that just have no foundation in reality. Water is wet and circles, not squares, are always round. In like manner, marriage is, by divine definition, between one man and one woman. So the slogan same-sex marriage is contrived, not real – and sadly not surreal – thus, it must be unreal. If it is unreal, what then is the real agenda?

When I use the terms ‘homosexual persons’ I mean those persons who possess same- sex attraction. Some of these people are seeking public approval of homosexuality, hence they are called activists. We do not know the exact motivation of all of them; some are not at peace with themselves, while others have clear social agendas noteworthy of our attention. Be convinced that the legal, and therefore unnatural, acceptance of homosexual relationships under the mantle of marriage will not placate the inner self, nor grant peace of soul.

What the insidious activist does seek wreaks of dire consequences – here are a few probable outcomes:once same-sex relationships are given legal acknowledgment, homosexual behavior is fully endorsed as acceptable which means that those who oppose such behavior, namely orthodox Catholics, Protestants, and Jews are unacceptable and moreover, illegal in their condemnation of it [cf. hate crime];

• once same-sex marriage is legalized or classed as de facto – the natural relational bond of Marriage will become meaningless;

• once same-sex marriage is made law the social institution of marriage will suffer and deteriorate;

• once same-sex marriage is made legal, financial benefits will enhance their prominence and stability in society;

• once same-sex marriage is approved, we undermine the formation of children who have a psychological need and right for a mother and father.

All of the above outcomes would be devastating for our already fragile social family.How best can we offset this agenda? Perhaps we can best convince ourselves and others of the gravity of the present situation by contrasting the status of homosexual persons to traditional marriage. 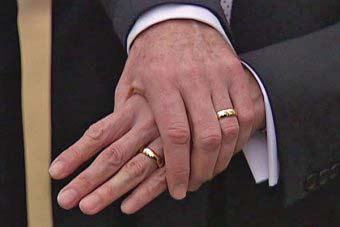 In the first place, we distinguish between same-sex attraction which is a disorder that warrants assistance and compassion and same-sex activity which is immoral and unnatural. The Judaeo-Christian ethic has always held homosexual activity to be immoral and sinful by divine decree (see Genesis 19:1-11, Leviticus 18:22 and 20:13, I Cor 6:9, Romans 1:18-32, 1 Tim. 1:10 explicitly names as sinners those who engage in homosexual acts.)

Let us not forget that it was only in 1973 that the American Psychiatric Association removed homosexuality from its list of diagnostic disorders. Perhaps the waving of this categorization was prompted by political pressure rather than medical evidence. Moreover, today, on account of incessant social engineering, any negative comment regarding homosexual behavior is classed ipso facto as “homophobic”. Not deterred by any slur we now turn our attention to explaining why marriage requires a partnership of two: one from each gender.

Sadly, far too often, people who may be ambivalent towards the morality of homosexual activity, can be swayed to accept the misnomer of gay ‘marriage’ on the basis that such people have a right to form a loving relationship, so why should we interfere. But is that so? Is there any evidence to claim that homosexual relationships are comparable to heterosexual relationships? Are same-sex couples able to sustain healthy relationships?

Marriage between heterosexuals bears the following hallmarks: exclusive, permanent, fruitful, faithful and unconditional. If marriage is based on the ability to form such a bond and not merely the whim to seek private happiness, as is the case for persons of same-sex attraction, how do they fare?

Study after study shows, however, that male and female homosexuals have much higher rates of interpersonal maladjustment – depression, conduct disorder, childhood abuse (both sexual and violent), domestic violence, alcohol or drug abuse, anxiety, and dependency on psychiatric care than heterosexuals. Male homosexuals are particularly prone to develop sexually transmitted diseases in part because of the high degree of promiscuity. Lesbians, in contrast, are less promiscuous than male homosexuals but more promiscuous than heterosexual women. Lesbians share male homosexuals’ propensity for drug abuse, psychiatric disorder and suicide. The statistics speak for themselves: if homosexuals of either gender are finding satisfaction, why the search for sex with a disproportionately high number of strangers?

In view of the evidence, homosexuals will not succeed at establishing exclusive relationships. There is little good data on the stability of lesbian relationships but it is reasonable to speculate that their higher rates of promiscuity and various deep- seated psychological problems would predispose them to long-term relational instability. Exclusivity will not happen, and without exclusivity, marriage does not exist.

Even if it were possible for homosexuals to commit themselves to each other in the ways described, their relationships would still lack the orientation to procreation that marriage exhibits. This of itself means that any unions between homosexuals are not marriages regardless of what people may wish to call them. Sexual complementarity between man and woman makes possible the key feature of marriage: the giving of life. The love between man and woman is designed to call new human life into existence and in so doing make the shared life of the couple more abundantly fulfilling. It does not always produce new life but that is what it is designed to do. So marriage must be exclusive, permanent and open to new life. 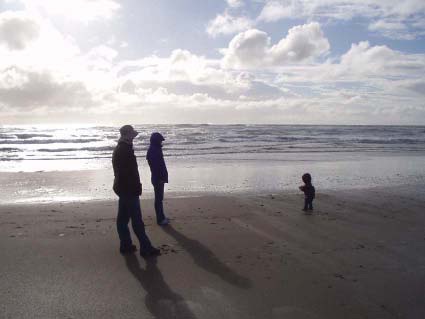 Children raised by both biological parents are significantly healthier, happier and better adjusted emotionally than children raised by single parents of either sex. There are good reasons that children need both biological parents. The sexes are different. Because gender is a real phenomenon, it should come as no surprise that men and women parent differently. Men and women bring different, complementary skills to childrearing. Children need both parents because they learn different lessons from each. Neither fathers nor mothers are expendable. The presence of a father is critical to a male child’s learning self- control and appropriate male behavior, especially learning to respect women. Similarly, the presence of a father is vital for a female child’s self-respect and eventual development of a healthy adult sexuality. Children need mothers just as much. The presence of both parents is necessary for balanced emotional and mental development. Marriage for all these reasons is a major public health issue and not just a private affair. Marriages that are exclusive, permanent and life-giving contribute much to public health and longevity. Marriages that fail any of these criteria and end in divorce create an enormous social, emotional, and health care burden for the couple, their children, and society.

Families are God’s blueprint for humans. Christians view marriage as holy. It is holy because God designed it and He is the holy, holy, holy One. The first book of the Bible illustrates that Marriage and sexuality were created by God and given to us humans as gifts for our benefit. Scripture records God’s statement that “it is not good that the man should be alone; I will make him a helper fit for him” (Gen. 2:18). As a result, “a man leaves his father and his mother and cleaves to his wife, and they become one flesh” (Gen. 2:24).

As a result of this union, humanity is called to ‘be fruitful and multiply’ – the sexual act is designed with two dimensions: unitive – two in one marital flesh, male and female; and procreative – a child may be begotten from the one union. This trinitarian formula – three in one – stamped into humanity from its inception reflects the triune God whom we adore: three Persons united in one Being – a divine Being, that is!

One cannot therefore easily doubt that there is a sinister presence of deceit behind the rhetoric of same-sex marriages. If one wanted to destroy the fabric of human society and the God who wills us into being, then one would focus their attack on marital love and life.

So we must be convinced that the institution of marriage ought to be treated with reverence. It is God’s design and our heritage. Without it there is no future for us or our society.

Marriage should thus remain a bond between one man and one woman who strive to keep their marriage exclusive, permanent and life-giving. Nothing else can provide for the needs of the human person, nothing else is willed by the Creator whom we call God.