It was announced in October 2013 that a Synod on the family would be held in Rome during October 2014, followed by a General Synod of Bishops on the same topic in October of 2015. About 150 Synod ‘fathers’ are expected to attend. It is the first major church Synod on the Family since 1980. The Synod has taken submissions at diocesan level from many interested parties regarding church teaching, practice and sacramental doctrine and discipline in matters relating to family life.
The news of the calling of the Synod was reported thus by the Vatican:
Vatican City, October 08, 2013
(Zenit.org) Junno Arocho Esteves
Today, Pope Francis called for an Extraordinary Synod of Bishops that will be held from October 5-18th, 2014 at the Vatican. The synod will reflect on the theme “The Pastoral Challenges of the Family in the Context of the Evangelization.”
Fr. Federico Lombardi, director of the Holy See Press Office, noted that the call for a synod on the family was “very important.”
“In convening this Synod, Pope Francis wishes to continue the reflection and journey of the whole Church, with the participation of leaders of the Episcopate from every corner of the world.”
Fr. Lombardi said in a statement.
“It is important that the Church move forward together as a community, in reflection and prayer, and decide on common pastoral orientations dealing with the most important aspects of our life together – particularly on the family – under the guidance of the Pope and the bishops. The convening of this Extraordinary Synod is a clear indication of this direction”.
Fr. Lombardi also addressed several recently published articles on pastoral issues by the Diocese of Freyburg regarding those who are divorced or remarried. Individual persons or local offices or institutions proposing particular pastoral solutions, he said, run the risk of generating confusion.
“As we address various pastoral issues, it is important that we move forward in full communion with the ecclesial community,” the director of the Holy See Press Office said.
During a meeting with the clergy of Rome in September (2013), the Holy Father addressed the issue of divorced and remarried Catholics.
“The problem cannot be reduced merely to a matter of who can receive communion or not, because to pose the question in these terms does not enable an understanding of the real problem,” the Holy Father told the clergy on September 16th, 2013.
“It is a serious problem regarding the Church’s responsibility towards families living in this situation. The Church must now do something to solve the problem of marriage annulment”.
During that meeting, Pope Francis stated that the matter would be discussed with the Council of Cardinals, which took place last week in the Vatican, as well as in the next Synod of Bishops. “A synodal approach should be taken to study this problem.”
The Synodal preparatory document – the terms of reference, so to speak – can be found at http://www.vatican.va
There has been much discussion, both prior and subsequent to the announcement of the Extraordinary Synod, over signs that the Pope, and/or the Vatican and/or the Synod might attempt to change traditional church teaching and/or ‘pastoral practice’ regarding marriage and the discipline of the sacraments – in particular regarding divorced and remarried Catholics and their possible reception of communion without altering their irregular marital situation. The mainstream media – seizing on statements made by the Pope and leading Cardinals – have been broadcasting much wild speculation that Pope Francis and leading clerics are readying the Church and the world for major changes regarding official church teaching and practices on family and other sacramental matters; changes which would seem incompatible with traditional church teaching and bring them into conformity with the views and practices of an increasingly secular and pagan world. 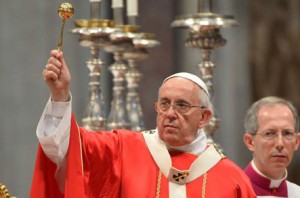 This is reminiscent of the near delirious media campaign throughout the 1960’s regarding the possible overturning of the church’s ageless teaching on so called ‘birth-control’ – speculation which proved groundless and which, after Paul VI issued his encyclical Humanæ Vitæ in July 1968, coincided with and arguably precipitated a collapse in both practice of the faith and general morality. Many Catholics, egged on by media and liberal and dissenting theologians that the Church was about to overturn its teaching, simply walked away from the practice of regular mass attendance and sacramental life and it seems became – at least materially – heretics, as they began to dispute or disregard this or that particular teaching of the church – often but not exclusively in matters regarding the sixth and ninth commandments. ‘Pope invades catholic bedrooms!’ bellowed one newspaper headline when Pope Paul did, as he had to, reiterate and present authentic teaching banning the use of artificial birth control for Catholics – and for all – based on the natural moral law. He could not change the teaching even if he wanted to, as did the majority report of the bishops and other experts at the Pontifical Commission set up to examine the matter after Vatican II.
Given how destructively effective was the media whispering campaign nearly 50 years ago, it is of little surprise that similar tactics are being employed again. One difference is the level of disagreement amongst leading Churchmen regarding these above mentioned matters, this time before the release of any final document (indeed of the Synod’s very meeting) and being much more public. Numerous progressive bishops and cardinals are using the secular media to sally forth their positions against traditional teaching and practice – and against the traditional views expressed by other prelates.
As with the church’s teaching against contraception, these matters of sacramental integrity are essentially dogmatic. A change in ‘pastoral practice’ would surely render the dogmatic teaching at best confused and at worst compromised beyond all meaning.
When Pope Francis ultimately reiterates traditional teaching on the family, sexuality and the dogma of the sacraments, he will surely experience the backlash of the fickle world – as well as portions of the Church – which had felt ‘led on’ or simply been self-deluded as to expectations of change.
The current scandalous dissent within the church on these matters requires and demands our prayers and action. With ‘cardinal opposing cardinal’ as we currently find, and as prophesised in numerous places, we would be forgiven for thinking that we are indeed living in the end times.
The Church is the spotless bride of the Lamb, who is suffering heavily from the scandal of her weaker members, including some in Episcopal red. 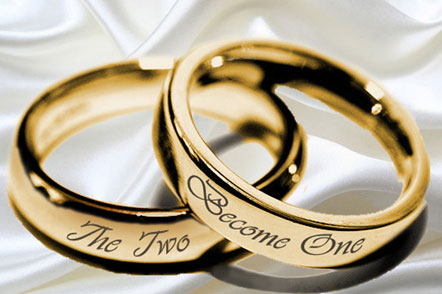 Not even a pope can change Catholic teaching or practice on marriage, including on the prohibition against reception of Communion for divorced and civilly remarried Catholics, a prominent Italian prelate has said.
Cardinal Carlo Caffara, the cardinal archbishop of Bologna, told an Italian newspaper this weekend that this teaching comes to the Church from Christ Himself and cannot be changed by anyone, either by a pope or a synod.
In the interview with the Catholic magazine Il Foglio, titled “From Bologna with love: stop!”, Caffara said, “Do not touch the marriage of Christ. It cannot be judged case by case; you do not bless a divorce and hypocrisy is not ‘merciful.’”
“The popes have always taught that the power of the Pope does not come to this: over a ratified and consummated marriage, the Pope has no power,” said the cardinal.
According to Cardinal Caffara, “If the Church admits [them to] the Eucharist, we must give an opinion on the legality of the second marriage. It is logical. But then what about the first marriage? The second [marriage] cannot be a true second marriage, since bigamy is against the word of the Lord.”
The Holy Father and the bishops will be under enormous pressure to deny Christ and His Church and conform to the whims of the world. Faithful Catholics must daily pray and offer sacrifices for them that their faith will not fail. Pray especially for those in the front line – Pope Francis and Cardinal Muller, head of the Congregation for the Doctrine of the Faith (CDF).
And let us not forget those dissenters, even among the princes of the Church, who are leading the flock astray by their errors, that they repent before it’s too late for them.
Our Lady, Queen of Families, pray for us! Pray for the clergy! Pray for the Pope!