The United Nations Rio+20 Conference on Sustainable Development was held between June 20-22 with over 50,000 people registered to attend and as is typical of such events, an attempt was made by many government reps, NGOs and other special interest groups from many nations to promote a globally agreed and enforceable ‘health’ agenda which includes compulsory ‘reproductive rights’ and increased access to abortion, contraception and sex education. As is also typical of these now regular events, a small group of countries led by the Holy See’s delegation with its perceived moral force sought to oppose such measures being included in any final outcomes documents which could have binding repercussions for citizens of signatory nations.

Untypically, a significant victory was won by pro-life forces; one which surprised the population controller big guns, to the point where even the niceties of diplomatic speech were somewhat disregarded. Greenpeace decried the whole event as a ‘failure of epic proportions’; 1 the left-leaning English Guardian newspaper ran a full coverage of the conference, containing scathing commentaries on the perceived limp-wristed discussions and final documents, as only the British can do; President Obama, Prime Minister Cameron and Chancellor Merkel all distracted by regional problems sent their apologies for non-attendance; Hillary Clinton and the matriarchal former Norwegian PM Gro Harlem Bruntland expressed their disappointment at the outcome. What went wrong for the advocates of ‘reproductive rights’ and the ‘green economy’?
Simply, rather like brattish children, the population control advocates didn’t get everything they wanted as they wanted it, when they wanted it. Much dismay was caused by the fact that the term ‘reproductive rights’ was not included in the final 48-page outcomes document. As climate researcher Lord Christopher Monckton put it: ‘they lost, and they lost big time.’2 Regarding the status quo position reached at the conference on the implementation of further ‘green economy’ measures, Lord Monckton proclaimed: ‘I now think there is a good chance the West can survive the environmental movement.” 3 Through a direct intervention of the Holy See, allied with representatives from Nicaragua, Chile, Russia, Honduras, Syria, the Dominican Republic, Costa Rica and Egypt, the benign-sounding euphemism for abortion was forced off the final document. Nicaragua and Chile spoke up particularly strongly, the latter saying ‘the right to life’ is incompatible with the term ‘reproductive rights’. Russia and the Holy See explained that when placed in the same paragraph as ‘family planning’, the terms ‘reproductive health’ and ‘population dynamics’ – the latter a term promoted by the nefarious UNFPA – are clearly an attempt to ‘promote population control’, a fact which must make the demographically-shrinking former superpower rightly uncomfortable.4 This was after delegates from Australia, New Zealand, the US, Canada, the EU, Switzerland, Norway and Iceland had called for the inclusion of the term ‘population dynamics’ in the above-mentioned paragraph, which would have been a significant victory for the abortion proponents.5 The attempted advance seemed to have been repulsed and turned into a rout. 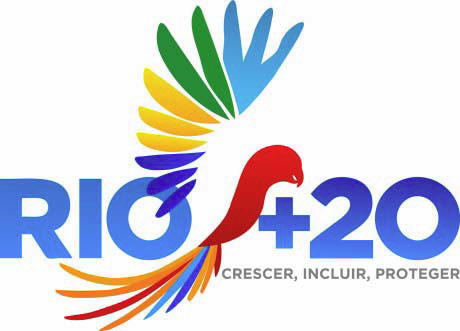 Unfortunately, the other results from the conference are mixed for life issues. Whilst the twisting of language has again been exposed and repulsed, the final outcome included numerous measures designed to advance the global reproductive rights agenda. The outcomes document, The Future We Want, gained nearly 700 signatories and advances the sustainability agenda through frequent references to language found in the Agenda 21 text of 1992 (to which Australia is a signatory) and through the creation of a huge international fund to assist the advance of the agenda. Rio+20 Secretary General Sha Zakung, described by one author as ‘a Chinese Communist’6 who also heads the UN Department of Economic and Social Affairs, said at the conference: “From the very beginning, we have said Rio+20 is about implementation. It is about concrete action. And the commitments that we share with you today demonstrate that governments, the UN system and the nine major groups are committed and serious about implementation. The total figure is now 692 registered commitments. Ladies and gentlemen, this brings the estimated total value of commitments to $513 billion.”7 Yes, over half a trillion dollars of new money was promised to a new fund to promote sustainability; Hillary Clinton promised $US 2 billion, Bank of America will produce $50 billion (having recently been bailed out by US tax-payers by $100 billion) and China promised a large component of the figure as well. Critics of this new global Environmental Protection Agency say much of the funding will go to third world governments run by dictators.8
The document’s paragraphs still contain much to rally the population controllers’ troops: Paragraph 138 states; “We recognise that health is a precondition for, an outcome of, and an indicator of all three dimensions of sustainable development.”9 Para. 139 states: “We also recognise the importance of universal health coverage to enhancing health, social cohesion and sustainable human and economic development.” Para. 145: “we call for full and effective implementation of … the commitments leading to sexual and reproductive health ….We emphasize the need for provision of universal access to reproductive health, including family planning … and the integration of reproductive health in national strategies and programmes.” Para. 241: “We are committed to promoting the equal access of women and girls to education … including addressing women’s sexual and reproductive health, and ensuring universal access to safe, effective, affordable and acceptable modern methods of family planning. In this regard, we reaffirm our commitment to implement the Program of Action of the International Conference on Population and Development and the key actions of the International Conference on Population and Development.” 10 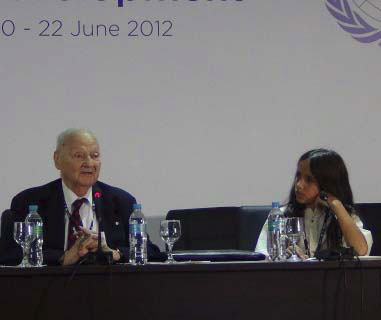 Maurice Strong speaks at the Conference

In other words, the population controlling gunners in this creeping barrage onslaught are simply reloading and biding their time for another battle.
As might be expected, the notorious eugenicist, population control advocate and UN insider, Maurice Strong, was present and spoke at a side conference run concurrently with Rio+20. The 83-year-old lauded the Chinese one-child policy as a model for the whole world as a means of attaining ‘sustainable development’ for the environment: “What China does matters to the world”, Strong said, “and what China is doing is actually a tremendous source of encouragement.” Strong went on to say that “sustainable development” has become a “people’s movement guided by the people’s government.” 11 Strong, now a Chinese citizen, has openly advocated the sort of draconian population control measures seen in the one-child policy for years.
Australia has been saying ‘me too’ with this global population and environment agenda for over 40 years, regardless of who holds the keys to the lodge (with the notable exception of the Howard government’s refusal to ratify the now notorious Kyoto Protocol). The Rudd and Gillard governments have been at the forefront of assisting with the organising and implementation of these conferences and their outcomes documents, at least according to the government’s own sustainability website which states: “The Australian government has already contributed to the ideas, plans and talks that are under way in preparation for the important global conference. We have been involved in sustainable development discussions since the Stockholm Convention in 1972. We have signed international treaties, supported regional initiatives and established new laws and policies at home that aim to meet our international commitments.”12 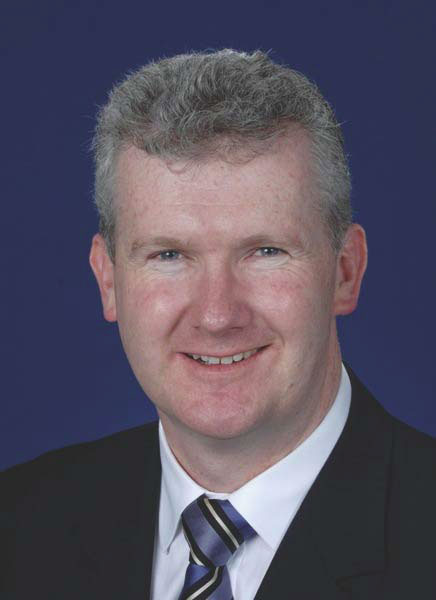 After her wafer-thin election win, Julia Gillard appointed MP Tony Burke to be the inaugural Minister for Sustainability (amongst other portfolios). In 2011 he launched the Australian Sustainable Population Strategy and Australia’s new Biodiversity Conservation Strategy 2010­2030.13 Mr. Burke is a Catholic, who has at times voted well and shown commitment to the pro-life cause, having been the leader of the ‘Euthanasia No’ campaign. He has been put in the unenviable position of being made Sustainability Minister by his leader. Mr Burke has made it clear in his public comments that he does not believe that setting targets on Australia’s population is useful when developing strategies and infrastructure to maintain sustainable development. In other words, he does not favour population control, which, in UN parlance, always includes contraception, abortion and sterilisation. However, regardless of Tony Burke’s personal position, the fact that Australia’s official delegates to the Rio + 20 Conference on Sustainable Development voted in favour of the inclusion of the term ‘population dynamics’, referred to above, demonstrates clearly that he, as the Minister for Sustainable Development, has no real control over what the Australian Government position is on the matter. Given the ALP’s long standing pro-abortion policy and its newly increased funding of ‘family planning’ programmes overseas, announced by Senator Bob Carr, who does see population growth as a bad thing, means that Mr Burke is at odds with his Party’s official line.
Indeed, our newish Foreign Minister and hoped-for saviour for the Gillard government, Bob Carr, wasted no time in declaring his population control credentials by promising to double Australia’s commitment to contraceptive access to women and family planning in general to the tune of $50 million by 2016.14 As a preparatory article for a major Family Planning conference just held in London co-organised by the British government and the Bill and Melinda Gates Foundation, our globe-trotting carbon­footprint-heavy Senator co-authored a major article for the British Medical journal, The Lancet, in which it was argued the pressing need to reduce deaths caused by unwanted births by increasing access to contraception to poor women.15 The current AusAID funding for family planning services has already juggernauted from 2 million to 26 million dollars since 2007, largely under the Rudd government.
The holding of a major international conference co-sponsored by government and NGO’s on family planning so soon after the apparently stalled Rio+20 Conference highlights an increasing frustration by population control and family planning advocates at the slow progress they seem to feel they are making towards their Utopian vision of the world. Determined proponents of an anti-life agenda seem now to be bypassing the UN structure in an attempt to attain their well-stated goals of a lower global population, whether it be for the sake of the environment, or as Lord Monckton states in his compelling interview with New American, for a decided Marxist global agenda in which a numerically lower population is more desirable owing to its perceived greater easiness to monitor and control.16
The outcome of this UN conference seems a stalling action at the international level only: the anti-life forces are determined and true believers in the righteousness of their cause. Like Moses, they long to see the ‘promised land’ of full implementation of global population programmes. Despite her disappointment at the weaker language outcome, Hillary Clinton said: “The most compelling products of this conference are the examples of new thinking that can lead to models for future action.”17 A summary by Alex Newman, who attended the conference and wrote three articles on it published in the New American magazine, is worth quoting:
‘The UN and supporters of its agenda may not have achieved all of their sweeping goals at the summit. But the document they did agree to and the hundreds of commitments will ensure that the global government, anti-freedom scheming will march on. Using assorted real and bogus pretexts, some yet to be developed, the UN and other supporters of the agenda now have a lot of money at their disposal, as well as an agreement to keep the schemes going indefinitely. … Activists on both sides of the debate did say Rio+20 might be the beginning of the end for grand planetary negotiations on the “environment”. … What was clear after the summit, however, was that the plan to build an all-powerful planetary regime at the expense of human liberty and national sovereignty is still a long way from being dead.’18
Neither, it seems, is the determined push for ‘reproductive rights’ and population control at governmental and international level.