While there has been much focus on ‘same sex marriage’ in the media, there is another dark horse emerging from the wings. Recently in the United States, a ruling by the Equal Employment Opportunity Commission made what is known as ‘transgender’ – a protected status under the 1964 Civil Rights Act. This means that not only are transgenders recognised but also, as moral theology professor Christian Brugger states, a ‘baffling multiplication of categories of sexuality’ now can claim ‘rights’ – including transsexualism, transvestism, bi­genderism, genderqueerism, pansexuality to name a few.1 As Brugger who is a Senior Fellow of Ethics at the Culture of Life Foundation and the J. Francis Cardinal Stafford Chair of Moral Theology at St. John Vianney Theological Seminary in Denver, Colorado further explains, ‘transgender’ is the catchall term referring to all persons who do not identify with their sex. Within this umbrella term ‘bi-genders’ are those who alternate between feminine and masculine gender-typed behaviours in different situations, ‘transvestites .nd satisfaction in dressing in clothes of the opposite sex and ‘genderqueers’ refer to persons who do not identify themselves as either male or female – some feeling they are both male and female, some neither male nor female and some believing they are a ‘third gender’. Any identification is acceptable and it can change over time into any desired permutation.2

What would Martin Luther King think of transgender ‘rights’ being included under ‘civil rights?’ And what is all this about? 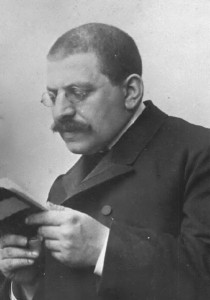 The transgender issue has not suddenly emerged but has been on the boil for many years. The first calls for recognition of transgenderism came from a German physician called Magnus Hirschfield (1868­1935) who observed and categorised 64 possible types of sexual intermediary ranging from masculine heterosexual male to feminine homosexual male. His advocacy of ‘rights’ for all genders found a voice in John Money who was born in New Zealand to a Plymouth Brethren family and who later completed his studies at Harvard.

He became professor of paediatrics and medical psychology at Johns Hopkins University and furthered the notion of the social construction of gender from the 1950s onwards and wrote Man & Woman, Boy & Girl (1972) which was used as a college level textbook. Money coined the term ‘gender role’ in 1955 proposing that the term ‘gender role’ signifies all those things that a person says or does to disclose himself or herself as having the status of boy or man, girl or woman, respectively. That is, having a gender is a socially constructed role and is not limited to the fact that one is a ‘male’ or ‘female’ at birth. After homosexuality was removed from the Diagnostic and Statistical Manual in 1973, the challenge remained to remove any negative reference to transgenderism or gender identity disorder from the manual.

This transgender advocacy was fuelled by various ‘rights’ groups and with stories such as the one involving the children on the devoutly-Christian Caribbean island who are born female but, because of a genetic abnormality, become male at puberty. In this case, their lack of the male hormone dihydrotestosterone at birth continues until puberty when it is suddenly activated and these female children become male.3 However, the case of these children could point to an entirely different conclusion – to the fact that they could not ‘construct’ their identity, it was indeed biologically ‘given’ and furthermore accepted by the children involved. None of the children when female wanted to be male and once they were male, none wanted to be female – their biological changes were more significant than social ‘gender construction’. While no one disputes the fact that some men and women have experienced gender identity disorder throughout history, societies have traditionally accepted that a person was male or female and that experiences outside of this were ‘difficulties’ requiring sympathetic and competent care. 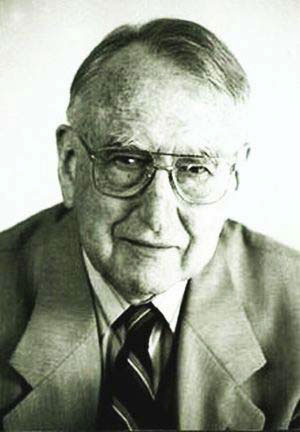 In 1965 psychiatrists and plastic surgeons at Johns Hopkins university introduced a ‘sex change’ program which became a ‘cause celebre’ in the media. One of their first ‘projects’ was the Canadian boy David Reimer who was one of twin boys born in Manitoba Canada in 1966. Reimer was born a healthy male but due to damaged sex organs was ‘reassigned’ as a female from infancy onwards by John Money mentioned above. David was dressed in female clothes and attended sessions with Money to further the process. He was given the name Brenda and various operations were performed on him. Despite the frilly dresses, ‘Brenda’ did not feel he was a girl and was not accepted by other female peers. The reassignment also involved his twin brother in various sexual behaviours with his ‘female’ brother. From the age of 11 onward Reimer began to question his ‘female’ identity and then decided to live as a male from the age of 14, no longer attending ‘sessions’ with Money which he found traumatic rather than therapeutic. He had further surgery to reassign him as a male or recover what was left of his maleness. After his childhood experience, Reimer urged others not to engage in gender change. Sadly, he suffered from severe depression from the age of 13 onwards and he committed suicide in 2004. His twin brother who had mental health problems committed suicide in 2002. No comment on the ‘failure’ of this ‘project’ was issued by John Money who saw media criticism of it due to ‘right wing’ bias and ‘antifeminism’.4 However, the sex reassignment project which had been used on thousands of infants was discontinued in 1979. 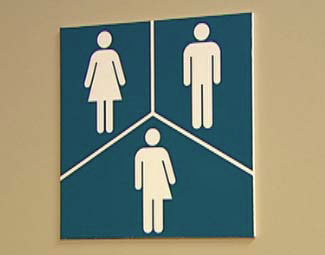 The advocacy for ‘transgender right’ has nonetheless continued and has involved some churches. The US Episcopalian Convention approved new anti-discrimination language for transgender church members and is on the way to allowed transgenders (remember all the varieties quoted above?) to become clergy. Perhaps they should listen to Walt Heyer who in his book Paper Gender states that it is damaging and destructive to engage in sex change.5 He should know – he lived through the experience himself as ‘Laura Jensen’, finding his way to Christ’s healing power after years of confusion. He was horrified at the suppression of unpleasant facts about transgenders, saying that their suicide rate is as high as 30-40%. Heyer submitted testimony against the Massachusetts Transgender Rights and Hate Crimes Bill H502 saying that there is “Nothing normal about wanting to become a different gender. There’s something desperately wrong with them … the advocates are trying to remove any required psychological treatment”.6 Heyer refers to psychological treatment of a helpful kind, not the ‘experiments’ of John Money and his associates. He adds there is a ‘darker side’ to the transgender story and ‘that story’ is the ‘fraudulent and destructive nature of the transgender movement and the harm it does to vulnerable people’ adding as a poignant plea to all who have ears to hear: “Who has the courage and conviction to stand up for our young kids and our families?”