Brother Kevin Guthrie was born in Temora NSW on 20th August 1936, the 5th child of 12 to parents Bartholomew (Ned) and Mary Guthrie. He was raised in a strongly Catholic environment and though an above average student he left school, despite the Principal’s best efforts, before completing his Leaving Certificate and began working on local farms in the Riverina District.

He moved into sheep shearing where he developed a reputation as an excellent operator and was much in demand. He would however travel into Temora for Mass at 7.00am every day before work despite his father’s concerns for his health given his long working days.

He was also a more than average sportsman excelling in aussie rules and cricket. His football career came to a premature end when he suffered a badly broken jaw. He earned the nick name “Yardley” in cricket due to his left handed batting style being very much like English International Norman Yardley.

His mother would often leave copies of the MSC magazine Annals on his bed which most assuredly had something to do with him discerning a vocation as a religious brother with them. During his time as a working religious he spent time in both PNG and Fiji where he was able to provide much practical advice and help in farming methods and operations to the locals.

Brother Kevin had a very strong devotion to the Blessed Virgin Mary and was involved with the Marian Movement of Priests and would attend the Fatima devotions at the Pauline Fathers Monastery in Berrima. He also had a great devotion to the Divine Mercy and daily Mass and Rosary remained a constant during his life. 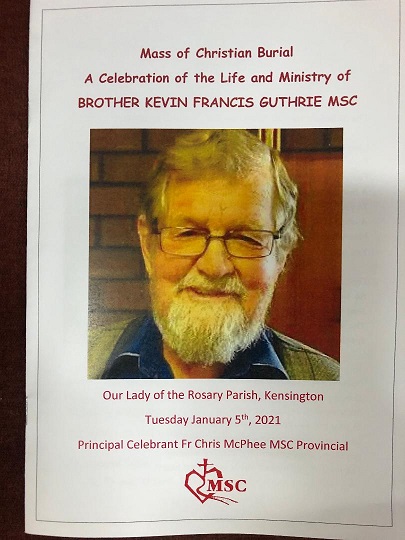 Brother Kevin had great dedication to the unborn child and the pro-life movement. He was a regular attendee at the 3rd Saturday Rosary procession held in Sydney each month for 20+ years and would also often attend weekly rosary and vigils outside the abortion mills in Sydney with the Helpers of God’s Precious Infants group where his duties would allow. He would also be at the ‘big’ events like the Day of the Unborn Child as often as he could.

He was always at the pro-life holy hour each Wednesday, begun by Fr John Conroy in 1999 at the Missionaries of the Sacred Heart Monastery and was well known to all the regular front line pro-lifers around Sydney and was not only a champion for the unborn but a champion man and brother.

Brother Kevin remarkably passed into eternal life at about 5.30am on the 28th December 2020 – the Feast of the Holy Innocents. He was 84. A most appropriate day for a committed pro-lifer and certainly a fitting day for his passing. His funeral Mass was held today 5th January 2021 at Our Lady of the Sacred Heart Parish in Kensington. He was greatly loved and will be missed very much. 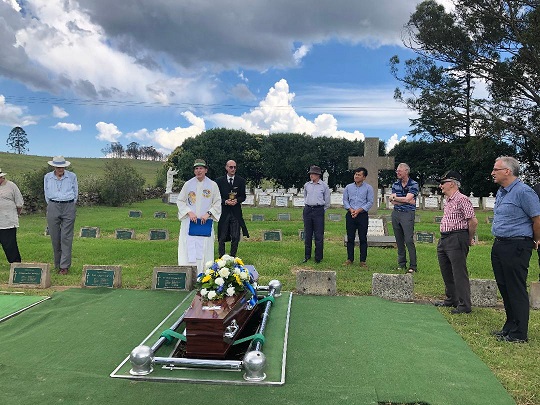 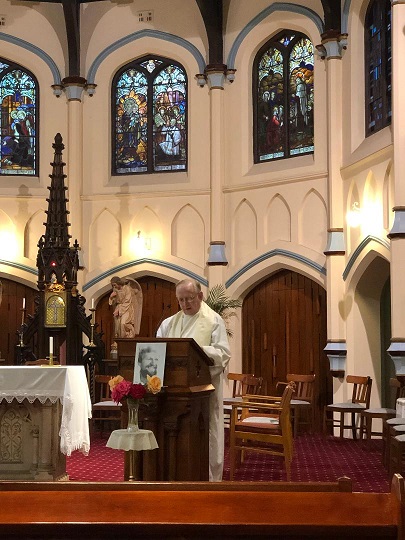