Sending one’s child to a Catholic school and having them receive a Catholic education are important goals for many Catholic parents, but unfortunately they are often mutually exclusive. Today, even the most prestigious and apparently conservative schools can’t be relied on to provide solid Catholic teaching in an authentically Catholic environment, and this is particularly true in the area of so-called “sex education” and relationships.

In September, the Australian Bishops released a document on Gender Identity for Catholic schools, called Created and Loved, which they intend to guide schools in their pastoral support of gender-confused students. The document was well-received in many places and laudably dismisses the idea of gender affirmation – conforming to a child’s ideas about their own sexuality –  while upholding the reality of God-created binary sexes. The document calls for schools to provide “specific, ongoing and whole-school staff formation that includes Christian anthropology, human sexuality, the mission of the Catholic school and health literacy.” (page 6)

The document also demands that a school’s curriculum is in line with Christian anthropology; that its religion, relationship and health classes “reflect a common commitment to promoting a hope-filled worldview where each student can learn and grow towards the fullness of life.” (page 6) This guideline would preclude the use of courses promoting “victimhood” or pushing the idea that failure to affirm one’s chosen gender leads to youth suicide, for example.
Created and Loved does contain some concessions to modern gender ideology, however, which detract from its utility. Schools are asked to accommodate students’ choice of dress and pronouns, to provide gender-neutral toilets and are to be attentive in the areas of sporting activities and camps. Yet those are not the major problem posed by this document. Rather, it is in the area of enforcement and compliance, as well as in the area of parental responsibility that the guidelines fail dismally.

The Bishops’ guide contains no framework for enforcing their policies on gender and identity, nor are there any penalties mentioned for non-compliance. Without some form of oversight, school principals and individual teachers remain free to include all manner of secular and in some cases anti-Catholic material in their classrooms. This document similarly does nothing to address the problem of ideologically-driven teachers being employed in Catholic schools in general.

The second glaring error inherent in the Guide is the assumption that schools should be taking a major role in the support of a gender-confused student. The Catholic principle of subsidiarity is mentioned only in relation to the role of school staff, completely overlooking the role of parents. Created and Loved states that “it is this principle that protects the freedom and responsibility of the Catholic school to be the steward of the relationship with the student experiencing gender variance in their local context.” (page 6). While this clause is no doubt meant to protect schools from interference from the State, it does suggest that the Catholic education system may be granting itself too great a part in influencing gender-confused students.

In reality, it is the child’s parents, in conjunction with a sympathetic doctor, who should play the major role in helping their child and they must be left free to guide the school’s response to their child’s crisis.

Melbourne’s Whitefriars College is one school that is now being challenged to take heed of the Bishops’ guidelines. Catholic parents recently discovered that their Year 8 sons are being taught gender ideology in their Health and PE class and that the course promotes early sexual activity and same-sex sexual relationships as well as contraception and other immoral activities.

The gender identity lesson is part of a unit on “Transition and Change”, which is presented via the online learning platform, Education Perfect. According to their website, Education Perfect provides online classes to more than 1.2 million children in 50 countries on a variety of subjects including Health and PE.

The gender identity lesson begins with an introduction and outline explaining that students will learn to define sexuality, gender identity and gender expression and will discuss “how our gender identity, sex and sexuality can impact our wellbeing.” Images accompanying the outline include photographs of a transvestite and homosexual men hugging. 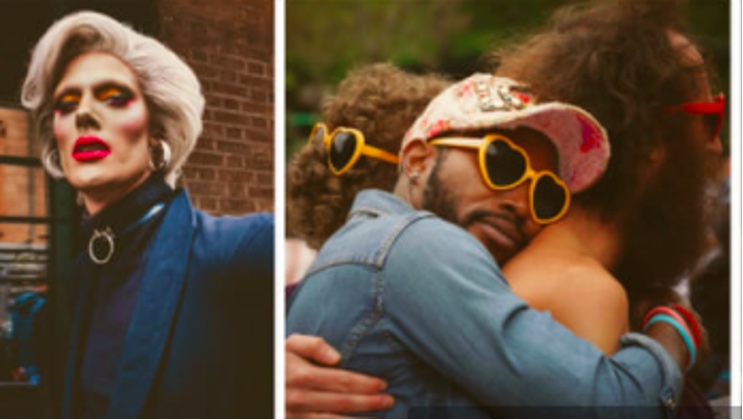 The lesson then proceeds to define terms which will be used in the course, including “cisgender’, “queer”, “intersex”, “gender fluid”, “coming out”, “bisexual” and so on. Later in the lesson, students are required to answer questions about these terms, matching the terms with the correct definitions.

The course makes a distinction between “assigned gender” and “gender identity” . It states that traditionally, sexuality was thought to be binary but that this is no longer the case. The lesson teaches students that sexual orientation exists on a spectrum and that it is acceptable for people to situate themselves anywhere on that spectrum. Children are taught that “because gender is an individual feeling, everyone expresses it differently.”

Another lesson teaches children that unprotected sex can result in pregnancy, and encourages them to use contraception in order to stop that from happening. Students are also taught that they might have “sexual feelings about themselves” and that they will need to decide when they want to start sexual relationships and with whom.

Nowhere in this course are students taught to go to their parents for advice, and being a secular course, there is no mention of the Christian views of chastity or marriage. Instead, the course teaches them that advice such as “it’s just a phase” or “you’re just confused” are dangerous for their wellbeing. Children are then directed to pro-LGBTQ secular websites such as Headspace, Beyond Blue and “The Gender Unicorn.” This advice is particularly alarming since in Victoria, the law protects schools who choose not to involve parents in their child’s transition and children are often encouraged to undergo gender transitioning therapies without their parent’s consent. Throughout the lesson, students are asked to differentiate between “gender identity” and “gender expression”. One of the images used to prompt the children includes a burlesque figure wearing bondage straps and another figure in a t-shirt printed with the words, “I am gay and I love it.” 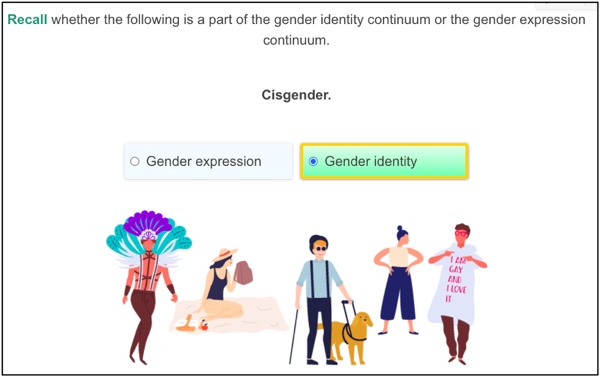 Absent from the programme is any mention of heterosexual marriage as a prerequisite for sexual activity or for the need for any kind of commitment before embarking on a sexual relationship. Likewise, students need to be taught that openness to life is an essential part of a Catholic marriage.

In one section, students are asked to write a paragraph in support of a friend who may be experiencing gender confusion. The lesson provides a suggested answer that students may use as a model, effectively scripting a conversation for children whose critical thinking processes are still in development.

The course includes a section on transgenderism in traditional Aboriginal culture, where children are taught that “Transgender people were part of Aboriginal culture long before  Europeans landed in Australia. This section includes a video in which the controversial Muslim journalist Yassmin Abdel-Magied presents the story of transexual indigenous Tiwi Islanders who attend Sydney’s Gay and Lesbian Mardi-Gras for the first time. This section heavily promotes the status of both indigenous Australians and transexuals as “victims.” 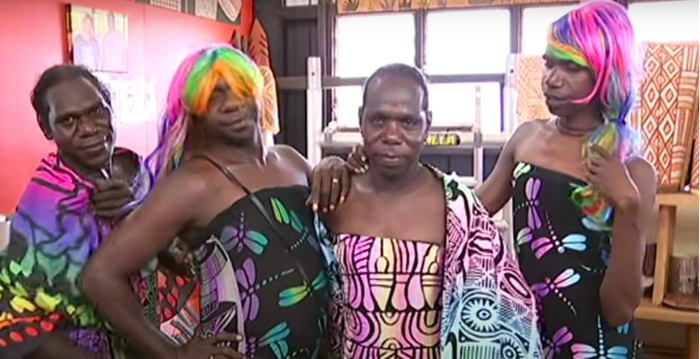 Following a request from FLI to explain why he believed the course was deemed appropriate for use in a Catholic school, the principal of Whitefriars, Mark Murphy, gave the following response:

“At last week’s National Catholic Education Commission Conference I attended a seminar at which the Guide for Catholic Schools on Identity and Gender produced by the Australian Catholic Bishops Conference, Created in Love, was launched. We are currently reflecting on this important document in light of the programs we are currently teaching at our College. Thanks again for taking the time to write to me.”

This short reply from the Principal indicates several of the deficiencies inherent in modern Catholic education. The first of these is a failure to acknowledge that parents and not schools are obliged to teach their children about reproduction and relationships. This is something that has always been taught by the Church, most especially by Popes Pius XI and Pius XII in recent times. It is unfortunate that with its call for “prudent and positive sexual education”, the Second Vatican Council opened the way for inappropriate classroom lessons to replace sensitive family conversations. Coupled with this problem, is another: that one-size-fits-all relationship programmes ignore the different rates of development experienced by children and the need for careful introduction to delicate topics. This further underscores the need for parents to provide age and maturity appropriate education in these areas.

Mr Murphy’s response also points to a widespread failure of teachers to acknowledge that some programmes are intrinsically immoral and inappropriate. It should have been possible for him to identify shortcomings in the Education Perfect course without needing guidance from the Bishops. That fact that this was not the case raises serious concerns.

It is clear that ideologically-driven teachers are active within Whitefriars, and indeed within the entire Catholic school system and that they have been able to introduce all manner of immoral ideas to their students, seemingly without any consequences. Those teachers using the Education Perfect online platform are committing a second abuse – a psychological one: the programme forces children to answer test questions according to its ideological slant in order for them to complete the test.

As time goes on, it will be interesting to see exactly what changes are made in the school. While gender ideology was initially the main concern of parents and which sparked FLI’s enquiry, they are not the only problem with this curriculum: the promotion of contraception, fornication, and early sexual activity are clearly in contravention of Catholic teaching.

Family Life International has been exposing this agenda for thirty years and has long warned that without a return to solid Catholic teaching on God’s design for relationships and marriage and especially, without parents being informed of their solemn duty to instruct their children instead of handing them over to “sex education” ideologies at school, things would only continue to decline.

It says a great deal about our culture and about the standards generally at schools when Catholic Bishops feel they need to issue a document explaining how to deal with children who are unable to tell the difference between a biological man and a biological woman. Although the document contains helpful and practical advice, it is difficult to see how this alone will solve the myriad of problems inherent in school-based, so-called Catholic “sex education.” 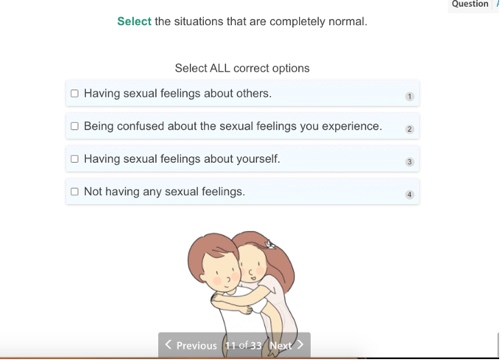 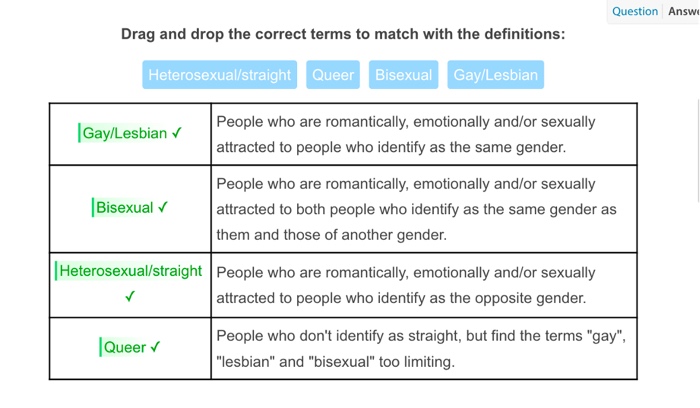